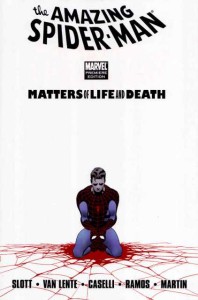 The Amazing Spider-Man: Matters of Life and Death

I haven’t been reading Spider-Man comics in the correct order. It’s not because I didn’t want to; it’s because I get whatever is available at the public library at the time.

This one takes place slightly before the last one I reviewed here. In this story, Spider-Man has to battle an army of Spider-Slayers who want to destroy everything J. Jonah Jameson holds dear. Spider-Man defeats them, but at quite the cost.

A new Venom is also introduced in this volume and he’s awesome. And after the main story, Spider-Man has to content with a hostage situation with a very cold and calculated killer. To close off the book, there are a few bonus Fantastic Four stories to read as well. 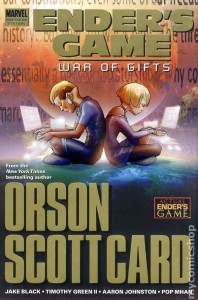 Ender’s Game is an amazing novel that has spanned dozens of sequels, prequels, comics, and even a feature film. This latest addition to the cannon features four stories, one of which is has never been told before.

The first story shows what Valentine had to put up with in middle school while her younger brother was off at battle school. Her older brother made a suggestion for her that set them both on the path to becoming influential writers online. It’s a nice origin story of characters that we have come to know in the original series.

The title story revolves around another child at battle school and a internal battle about the right of religious practice.  Overall, this is a nice companion piece to the Enderverse saga. 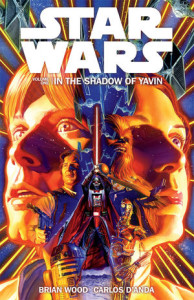 Star Wars – In the Shadow of Yavin

This graphic novel features the original characters of the films we all fell in love with as children. The story takes place right after Episode IV and continues the events that led up to Episode V: The Empire Strikes Back.

The Rebel Alliance is looking for a safe base of operations. They have already lost several bases and are worried that there is an Empire spy in their midst. That’s why Princess Leia sets off on a secret mission to establish a new one.

The story shed some light for me on the Hoth Base seen in The Empire Strikes Back. It makes sense that they are on such an inhospitable planet. They were being hunted mercilessly and had to constantly be on guard.

This is an on-going series that is a reboot of sorts. Apparently, they are not going to be bound by what happened in the original trilogy. It’s a great idea that has worked in the animated series, The Clone Wars, bridging the latest trilogy of films. As such, this series could be quite good. I look forward to reading more.