Boba Fett was the bounty hunter in Return of the Jedi that stole every scene he was in. He was such a cool looking character. Since the first trilogy was released all those years ago, we have found out a lot about his back story.

We found out that of all the cloned soldiers, he was the only one allowed to grow up to have a “normal” childhood. I’m not sure how normal it is to be raised by a father who is genetically the same. A father who trains him to be a soldier because that is all he knows.

This story has a sentimental air to it and really humanizes the characters. It was a good read. 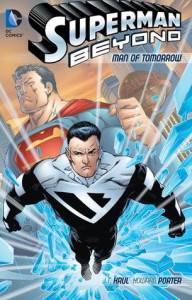 Superman Beyond – Man of Tomorrow

Most of Superman’s family and friends have passed away, but he carries on because he’s Superman – because he has to.

Lex Luthor is still trying to defeat him, even in death and it looks like he might finally get the last word. There is a special appearance of Batman Beyond and even the original Batman himself. And as dark as this story is, there is some hope at the end. 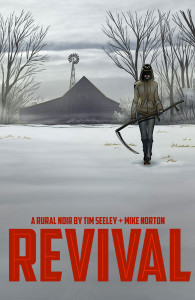 The premise of this book is really interesting. One day, in rural Wisconsin, 65 people who had passed away come back to life. Some of them go right back to their old lives like nothing had happened. Others have a hard time adjusting. Is something sinister going on or is this simply a miracle?

Those questions don’t really get answered in the first volume of this series. There are some horrific scenes in here too. I wanted to like this book more than I did. It is a great idea and could have been a better story, in my humble opinion.

DJs Run It and Run With It

I Learned Something From a Comic (Again)