Here are the latest additions to my ever-growing Daredevil Collection. 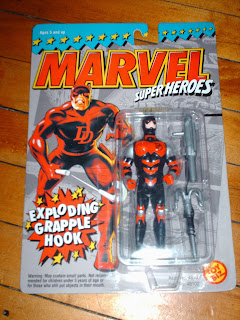 This costume first appeared in the first volume of Daredevil comics and was seen in issues 319 – 344. It was designed by D.G.Chichester and Scott McDaniel. It had armour and billy clubs attached to Daredevil’s forearm. This action figure comes with an exploding grappling hook instead. 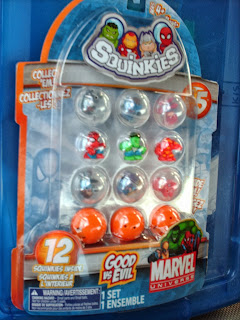 Squinkies are miniature figures that come in small clear globes. I was excited to see that Daredevil was included in this package. And even better, it was in the clearance section of the toy store.

But wait, it gets better. 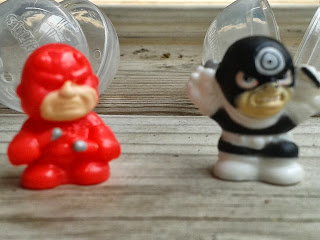 And I found this older Daredevil action figure in a loose toy bin at a comic book convention earlier this summer. 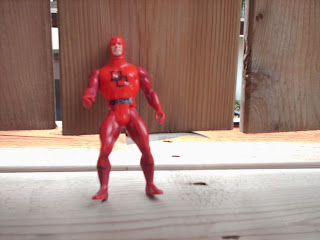