Welcome to Know Your History, your monthly dose of hip-hop knowledge. Today, I want to start out our journey in 1995. That was the year that a member of the Wu-Tang Clan dropped a seminal hip-hop classic. The album is brilliant with banger after banger but there is one track that was so unique that people still talk about it today. It has even influenced other rappers to try doing the same style.

Hi, my name is Chase March and I hope you’ll stick with me for the next half hour as we look closely at name-dropping metaphors in rap songs. To explain what that is, let’s look at the song I’ve been teasing you with for a minute now.

This is “Labels” by GZA and you need to play attention to hear how seamlessly he incorporates the names of over 40 different record labels into the narrative of the song. It’s simply brilliant and it must have taken a long time to craft. This is precision to detail and it’s what you’d expect from a rapper known as The Genius. 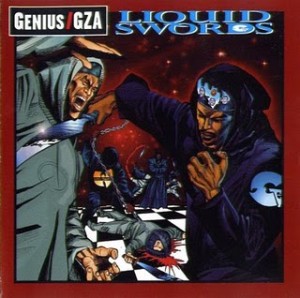 That’s is such an amazing song. It’s from the classic hip-hop album “Liquid Swords” by the GZA and it’s simply called “Labels.”

I wonder if you were able to pick up on every reference to record labels that he mentioned in that song. There were over 40 of them. The brilliance of the song is that he didn’t just list them. He didn’t merely throw nonsense rhymes in. He methodically weaved the names of those labels into the narrative.

People still talk about that song nearly twenty years later. In fact, Combat Jack recently tweeted that only 15% of the record labels that GZA name dropped in the song are still around. I knew the record industry had seen better days but I was really surprised at that number. So was a fellow hip-hop historian by the name of UpNorthTrips.

In an article for Get on Down (http://www.getondown.com/blog/2012/08/get-on-down-investigative-reports-breaking-down-gzas-labels/), he explores every label mentioned in the song, all 41 of them. He looks at the foundation date of those labels, their major acts, and whether or not they are still in business. And he comes to some interesting conclusions.

It turns out that 22 of the labels still operate. For those of you doing the math in your head right now, I’ll save you the trouble. That’s 54 percent up and running and 46 percent defunct. That’s a pretty telling number about the music business. 46% of those labels have gone out of business. Three of those labels had already gone belly up at the time GZA wrote the song but it does go to show the changing nature of the record business in this digital age that we live in now.

I really don’t like how the media outlets that we rely on for music on record or on the radio are owned by a handful of companies. It really makes you wonder about the programming we exposed to. But that’s a topic for another show. Let’s get back to the art of the metaphor-themed song.

Soda to Soap by Masta Ace is another great example. The title speaks for itself. In the first verse, Masta Ace is able to weave several different brands of beverages into his tale of romance. In the second verse, he takes a close look at the rap game by looking at detergents. I guess that sound pretty weird but it is a really cool song.

This is Chase March and you’re listening to Know Your History on DOPEfm and The Word is Bond. And this is “Soda to Soap” by Masta Ace. I love this song. 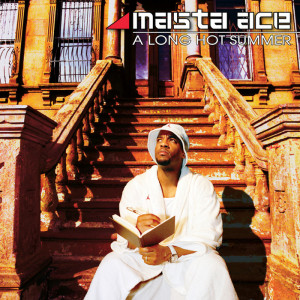 That was Soda and Soap by Masta Ace. A song where he is able to dedicate two verses to two very different metaphor topics.

In the first verse, he tells a romance story and interweaves all sorts of different beverages into his tale. All in all, he includes 16 varieties of pop including Pepsi, Coke, Minute Made, Fanta, and Canada Dry among others.

In the second verse, he changes the topic from soda to soap, hence the title of the song. In these 16 bars he includes11 varieties of soap including Ivory, Cheer, and Dawn.

Those brands sound bright and happy but it’s time to look at something a little darker right now. In this next song, there are over 20 brands mentioned and once again two different topics.

This is “Drink Away the Pain” by Mobb Deep where they name drop close to a dozen brands of alcohol. They are joined by Q-tip who goes the fashion route for his verse. I wonder if you can catch all the brands mentioned in this song. We’ll come back and talk about it in more detail in just a moment. 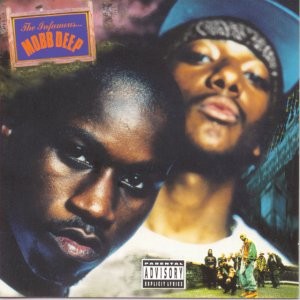 “Drink Away the Pain” by Mobb Deep is an interesting metaphor dropping song.

Prodigy starts out by mentioning a girl that he used to date. He then compares his relationship with women to that of alcohol. He notes how he started drinking Tanqueray and then moved on to Olde English, a brand of Malt Liquor that was primarily marketed in poor black neighbourhoods at the time.

He mentions how he loves drinking more than life. His partner in rhyme, Havoc, describes how alcohol has his brain in a headlock. It’s cool to see that they aren’t merely celebrating drinking and partying in this song. They are showing the negative side that is not often seen. And despite the title of the song, they illustrate how ineffective it is to drink away the pain.

The guest artist takes a completely different path in the song. He tells his story by linking all sorts of clothing brands into his rhyme including Tommy Hilfiger, Karl Kani, Walker Wear, and more. I’ve never been much for name brand fashion but I can admit to owning some Levis back in the day and I currently am rocking a North Face ball cap.

One thing I do every day though, is start my morning with cereal. I have a feeling this next artist does the same thing. This is LL Cool J “Milky Cereal.” 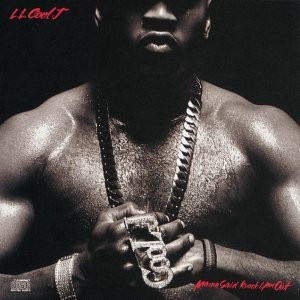 Welcome back to Know Your History. Today, we’ve been looking at songs that are filled with metaphors built upon a specific topic. You just heard “Milky Cereal” by LL Cool J and it includes 10 cereal brands.

I start my morning with cereal every single day and can honestly say I’ve had every single brand LL mentions in that song. I mean who doesn’t love Frosted Flakes, Lucky Charms, and Cheerios, especiallt the Honey Nut variety. 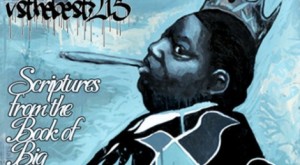 This song features almost the entire catalogue of the Notorious B.I.G. Ruste Juxx works these song titles into his narrative; Gimme The Loot, Ready to Die, Suicidal Thoughts, Me and My Bitch, One More Chance, Machine Gun Funk, Warning, Big Poppa, Juicy, Get Money, and more.

Pretty Unbelievable! (see what I did there)

I hope you’ve enjoyed this look at metaphor concepts in rap songs for this edition of Know Your History, your monthly dose of hip-hop knowledge.

You can download the show for free or stream it with the player below.