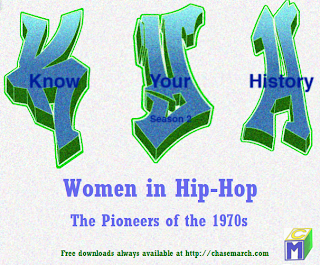 Welcome to this special edition of Know Your History.

Tuesday March 8th marked the 100th celebration of International Women’s Day. It’s a global day where we can recognize and celebrate the achievements of women, past, present, and future, It started back in 1911 and here we are 2011, one hundred years later.

That is why today we will be focusing on the Women in Hip-Hop.

You can stream this show with the player below or download the podcast for free. Enjoy!