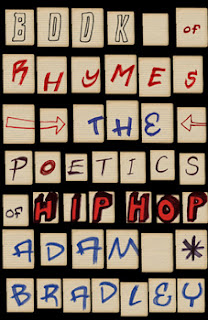 Rap is poetry. I know a lot of people would disagree with that succinct statement but if you really think about it, where in modern society do we such wordplay, such poetic expression, such commentary, such emotion and feeling, and a wealth of rhyme. We can get all those things in a single rap song in less than 3 minutes.

Of course with a limited amount of time and an excessive amount of listening choices, the rapper as a poet has to command attention quickly and capture wandering ears if only for a moment.

Adam Bradley writes, “In poetry where a premium is put upon verbal economy, any technique that has the capacity of expanding the meaning of a single word is valuable. When artfully rendered, puns do just that: opening a range of associations that the poet/MC can exploit for the purposes of oral expression.”

One word. That is all an MC needs to call forth a variety of images and details. That’s all a talented rapper needs to command the attention of fickle listeners. One word is enough to spark an entire style and trigger a crowd of copycats hoping to cash in on that success.

So what is this one word? How does it fit into a show on the history of hip-hop music and culture? We will get to that in a second.

Hi, my name is Chase March and welcome to Know Your History, your monthly dose of hip-hop knowledge. You can stream this show with the player at the bottom of the post or download it for free.

For the next half hour we are going to explore the phenomenon of what some people call Hashtag Rap, other people call it Pause-Stop Flow or Delayed Punchline Flow. Whatever you call it, it all comes down to a single word . . .

Simile – “the most accessible and versatile way that MCs can dress up their words. A simile is a direct comparison between two distinctly different things, usually using like or as to connect them. In their simplest form, similes offer direct comparisons for the purpose of revealing the unexpected similarity of disparate things.”

That’s another quote from Book of Rhymes: The Poetics of Style by Adam Bradley. It’s a great read that analyzes how poetic this art form really is. And it’s nice to see scholars acknowledging the lyricism and artistry that is often hiding in plain sight. The music can overshadow the brilliance of a pithy rhyme, the content of a an entire verse, and the message in a song or album.

This book was published in 2009 and that was right around the time that a new trend was developing in rap. A trend that hadn’t yet been branded. And a trend that now, four years later, has just about run its course. At least I hope so.

Everything in moderation, right? I mean, when something is overdone, it becomes tired. The most brilliant example of linguistic expression can become cliche. And the chief job of a decent writer is avoid cliches.

George Orwell wrote an essay in 1946 entitled “Politics and The English Language” where he states some pretty solid writing rules. Talented rap artists apply these rules all the time in their songs.

Rule # 1 – Never use a metaphor, simile, or other figure of speech which you are used to seeing in print

Of course, we would modify that rule to say – never use a metaphor or simile that you have heard in another song or by another artist.

Rappers are always striving to come up with creative similes. And it’s simply because they “have the capacity to reshape our vision of the world. More than any other contemporary form of linguistic expression, rap plays with words in ways that jar us from our settled sense of reality, opening up new ways of seeing and even feeling. This too, makes it poetry.”

Man, with a quote like that, you have to love rap music and Adam Bradley’s book about the poetics of it.

There is almost no way to trace where similes began in rap music because you can hear them in so many songs from the earliest rap recordings right up to the present day. But when was the first time we heard a simile without the use of “like” or “as” connecting the two things being compared?

Drake is probably the one responsible for making this a style unto itself. He would set up the comparison, pause for a moment, and then deliver the simile as is it were a punchline.

In his hit Forever, he says, “Swimming in the money, come and find me — Nemo/ If I was at the club, you know I balled – Chemo.”

He is using two different similes here. He could have said, “Swimming in the money, come find me like Nemo. If I was at the club, you know I balled like Chemo” and that would have been fine. It doens’t sound nearly as fresh as the way he actually delivered those lines though.

He basically traded the word “like” in both of those similes for a rest. In other words, he pauses, doesn’t say a thing, and then completes the simile without ever having to say “like.” It somehow makes these simply similes even more powerful. 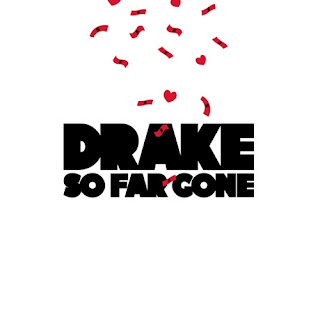 This is a brilliant technique. Taking a simile and punching it up by pausing, not saying “like,” and then delivering the pay-off.

His meaning comes across perfectly well without the use of the word like. The comparison is made, we get the visual in our heads, and it sounds fresh and original.

That original version of that song came out in 2008 and a star-studded remake came out one year later. At the time, we didn’t have a name for that particular style but it did seem like it belonged to Drake and no one else. He made it his own in a way that no rapper before him really had done.

But he was not the first rapper to employ this technique. He wasn’t the first person to use a truncated simile.

Kanye West did it two years prior. He said, “Here’s another hit… BARRY BONDS.” 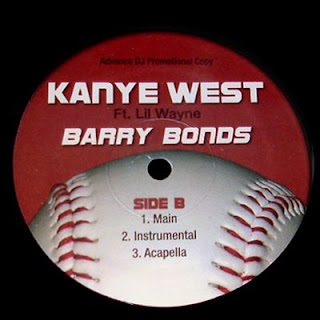 And he even coined a term for this poetic device. We no longer have to describe it as “simile without the us of like” or refer to it as a “truncated simile” or label it “pause-stop-flow” or even worse “delayed punchline flow.” It now has a name. A name that comes from an unlikely source. That’s right, it comes from Twitter.

Kanye West had this to say on Funkmaster Flex’s radio program . . .

“We develop and change rap styles all together. Like, look at say the hashtag rap–that’s what we call it when you take the ‘like’ or ‘as’ out of the metaphor. ‘Flex, sweater red–firetruck.’ Everybody raps like that, right? That’s really spawned from like ‘Barry Bonds’: ‘Here’s another hit–Barry Bonds.’ So even like when I sat with Nicki [Minaj] in Hawaii, I was like, for this album, particularly–and I still like that, that style is super fresh–but this album, we not even doing similes. It’s just a series of statements. We get on some real push the culture forward–I think that’s the biggest reason ‘Power’ took me like five thousand man hours to sit there and write it.”

Hashtag Rap. It’s not the worst name. And it does aptly describe the style.

In Twitter a hashtag is a way to label our posts so the can be easily tracked and shared. You do so by using the pound sign, that weird tic-tac-toe symbol that was pretty much only ever used as the short form of writing out the word “number.” Now it you want people who search “hiphop” to find your tweet, you type a pound symbol and then the word hip-hop without using any spaces or dashes.

Here is an example #hiphop

Kanye West and Drake both creatively used hashtag rap as a style to deliver a powerful simile to make explicit comparisons between things. Their wordplay called up imagery in our minds and was quite frankly brilliant.

But where did this style come from? 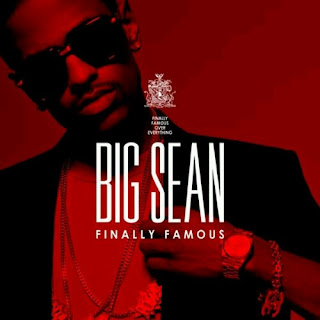 Click through to read the conclusion of this transcript or you can stream the entire show right now with the player below. It is also available as a free download.