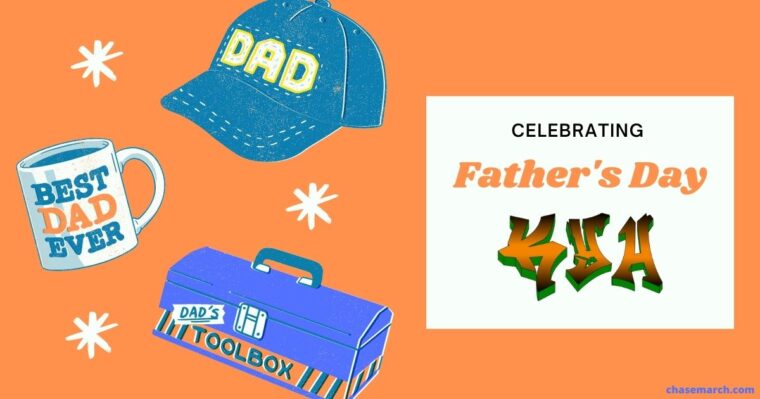 Welcome to this special Father’s Day edition of Know Your History. I couldn’t think of a better way to start it than with this touching tribute from a father to a son. This is Xzibit “The Foundation”

Download this podcast for free or stream it with the player below.

Stay tuned because today’s show is all about the Fathers. Happy Father’s Day!

That is a beautiful track, really inspirational. Words from a father to a son. That’s Xzibit “The Foundation” Basically giving his son words to live by and totally spoken from the heart. You can see that Xzibit is a good dad and he’s letting us know how important it is to be a father and be there for your child or your children’s life.

It wasn’t always like that. We hear lots of lyrics of father’s who aren’t there. If you play the podcast, you’ll hear few examples in which you can hear the pain in the lyrics, in the choices of word, and in the repetitive content about the absentee fathers.

Unfortunately that is a common and recurring them in hip-hop. But hip-hop has a lot of power. I said it before and I’ll say it again because one MC stood up and made a track to help father’s realize their personal responsibility.

This song made it unacceptable to be an absentee father. Edo G and Da Bulldogs “Be A Father to Your Child”

He explains how he wrote the song. . .

“At the time, I didn’t have a kid or nothing like that when I made the record. All my friends, all of us grew up without fathers in the home. I would see girls pushing carriages, all the time, no guys, just girls, girls and their friends or just girls by themselves.

It sparked in my head that you need a father figure in kids’ lives, so I just came up with it. People to this day still come up to me and say that record influenced them. I think it influenced a whole generation to become responsible men.

Before that, if you got a girl pregnant, the first thing you said was, ‘It ain’t mine.’ That was the first thing out of everybody I knew, if a girl said she was pregnant by you, ‘Oh, that ain’t my baby.’

I think it ushered in a whole new way of thinking to millions and millions of black men and inner-city men around the country and basically around the world to step up to the plate. Be a man! If you lay down, take care of it. Now you see families all the time. I think I had a vital role in the early 90s in that.”

I definitely agree. That was the first song in rap to address absentee fathers in a real, direct, open, and honest way. Now we have lots of songs on the topic that I could chose to play for the remaining twenty minutes of this special edition of Know Your History, celebrating Father’s Day.

And I’m really thankful that we have this Edo G track. It sparked a lot of conscious lyrics about fatherhood in hip-hop for years and years and years. And I like how he touches on the importance of being a step-father. Being a father is very important, it’s a huge job, and if you can’t do it, let someone else do it. His lyric in there says, “Let ’em do the job you couldn’t do” and that leads us into the next song we’re gonna play.

That was Shaquille O’Neal “Biological Didn’t Bother” getting its chorus from a lyric by Pete Rock and CL Smooth, “took me from a boy to a man so I always had a father but my biological didn’t bother.” Once again, illustrating the very important role that men have in young boys’ lives.

If you are not the biological father, you can be a damn good step-father and have just as important a role. It’s really cool to see Shaq paying homage to his step-father in such a way.

Let’s continue with our tributes to fathers on today’s special of Know Your History on Father’s Day. I want to play this song by NYOIL called “Father, Father.” It really touches on some of the issues like the Edo G track did. I like how this track starts off with a very inspirational speech by President Barack Obama.

This is “Father, Father” by NYOIL.

That was NYOIL “Father, Father” and it used portions of a speech from President Barack Obama. I really like what he had to say. If you didn’t have a dad growing up, break the cycle, and make sure that you are there in your child’s life. Excellent message right there.

Some rappers have rapped about their kids and that is really cool to see, but some rappers have actually collaborated with their dads on tracks. Case in point, Nas. This is “Bridging the Gap” and it features his father. I couldn’t think of a better way to close off our show celebrating fathers today for Know Your History.

That was Nas and Olu Dara “Bridging the Gap.” Father and son on one track. Very cool.

We have a little but of time left, I want to play a clip from an interview with Method Mad so you can hear what he thinks about Father’s Day. You can listen to the clip but his basic message is that “Father’s Day sucks, we deserve way more credit” and I completely agree.

Father’s are very important and they really do deserve more credit.

I love you and I miss you every day!