Welcome to Know Your History, your monthly dose of hip-hop knowledge. I’m your host Chase March and today I want to look at the first rap song ever.

This is the transcript of the radio show. You can download the podcast or stream it with the player below. And if you like what you hear, subscribe to the podcast or check the Mixcloud feed for weekly episodes.

A lot of you are probably nodding your head right now, listening to the track in the background and saying, “Yep, that’s it. ‘Rapper’s Delight’ by The Sugarhill Gang.”

Finding the first rap song can be a bit tricky though simply due to the definition of what is and what isn’t rap. I don’t like to think about rap music outside of the culture of hip-hop. And if you are a fan of this show, you already know that hip-hop started to solidify as a culture in the early 1970s. It didn’t start out as rap music either. It started with the deejay. Rappers weren’t even around at the start of the culture. That’s something that is often forgotten in this day and age where it seems like rap music has just always been around. Maybe it has been.

The first commercially recorded rap songs started to emerge in 1979, fairly recently if you think about it. But there are songs that predate this recording that sound rather rap-like.

In fact, there is even an athlete who is often credited as being the first rapper. He didn’t record any songs but we have quite a few audio tracks of him saying rhymes that could easily fit to a beat. He probably could have been a rapper instead of a boxer.

I’m talking about Muhammad Ali. Here is one of his famous speeches. 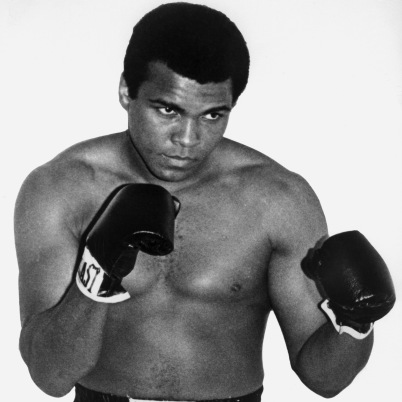 Was that rap? I don’t know. We can definitely see comparisons of what we know about rap music with what Muhammad Ali did in that brief rhyme. He tells a story. It rhymes. It has some rhythm to it. He has a larger than life image behind the words. They evoke a feeling. But isn’t that what poetry does.

Muhammad Ali was an athlete. He liked his wordplay as much as his fancy footwork and punch combinations in the ring. He was a poet, but I don’t think we can call him a rapper.

I was watching a documentary recently and there was a quote in it that said, “You can’t become what you do not see.” In terms of hip-hop, seeing a black man being confident, using words creatively, and excelling in his sport probably did have an impact on the first rappers that we would probably agree upon.

But right now, I want to go further back in time. Muhammad Ali was in his boxing prime in the 1960s. I’d like to go back another ten years and look at this record. It’s called “Big John” and it’s by Jimmy Dean.

This is Chase March and we are exploring the roots of rap music today in this edition of Know Your History. Perhaps this is the first rap song. 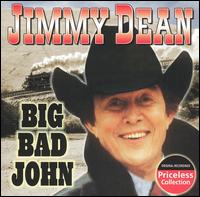 What do you think? Is “Big John” by Jimmy Dean the first rap song?

It has some elements of modern rap music in it. And unlike the Muhammad Ali clip I played earlier, this one is set to music. It wasn’t merely a poem or a recited rhyme. The music and the vocals work together. They are intertwined. They are one.

In his book, Book of Rhymes: The Poetics of Hip-Hop, Adam Bradley writes, “rap is not speech exactly, nor is it precisely song, and yet it employs elements of both.”

An exact definition of rap music is pretty hard to come by. It is not simply talking over a backing musical track. Rappers can use cadences, rhymes, and all sorts of poetic devices in their music. The key word here is music. Big John is music. Is it hip-hop? I don’t think so.

I think we need to look at the birthplace of hip-hop. It was born in New York in the 1970s. Some people peg the official birthday as August 11, 1973. On that historic day, DJ Kool Herc threw his first party at 1520 Sedgwick Avenue in the Bronx. Hip-hop still didn’t have a name at this point but I definitely agree that this was the start of the rich culture we all love and enjoy today.

Still though, some of the elements of hip-hop were around well before this. Five years earlier, a group was just coming together in Harlem. They dropped their debut album in 1970, nine years before the first commercially recorded rap song. Let’s play a song from that album right now. This is “New York, New York” by The Last Poets. Maybe this is the first rap song. 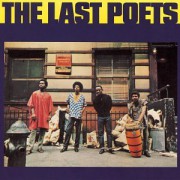 Woah, that was heavy. That record was socially conscious. It was politically charged. In that way, it was ahead of it’s time. It foreshadowed what was to come content wise within hip-hop much later.

The Last Poets are definitely pioneers in what would become rap music. We just heard “New York, New York” and we can probably draw comparisons, pick out parts of that recording that were rap-like. That being said, I don’t consider that to be the first rap song.

We are getting closer to it though. I promise.

Let’s jump back in time 50 years . This track is called “Kinesiska Muren” and it is by Evert Taube. Maybe this is this first rap song? That record came out in 1958. It is about the construction of the Great Wall of China. According to online sources, it is a poem. However, it sounds quite rap-like. It is set to a beat, the rhymes are spoken in a cadence and they are on time. That being said, it is not a rap song.

I know, I know. I keep teasing you, telling you that I am going to play the first rap song and I keep playing stuff that quite simply falls a little short. The songs and poems I’ve been playing have a lot in common with rap music, but they are not rap.

So what is the defining characteristic of rap? What have all these tracks been missing?

Adam Bradley writes, “Rhyme is the music MCs make with their mouths . . . Everyone knows rhyme when they hear it, but few stop to examine it. Rhyme is the concordance of sound. It works by establishing a habit of expectations in listeners’ minds, conditioning them to identify patterns of sound, to connect words the mind instinctively recognizes as related yet distinct. All rhyme relies on the innate human impulse to recognize patterns and to anticipate what will follow. A skillfully rendered rhyme strikes a balance between expectation and novelty.”

I love Adam Bradley’s book. It shows how artistic rap music is. It explores the poetics of it. It looks closely at the music. That’s what I try to do every day. That’s why I work at producing documentary hip-hop radio each and every single month here on the program. 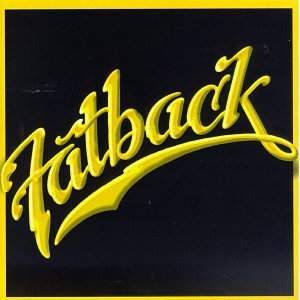 That was King Tim III with The Fatback Band. The song is called “Personality Jock” and it’s often considered to be the first rap recording. It is a rap song as much as it is a funk song. It has an MC saying rhymes with a cadence. The rhymes are on time. It is hip-hop. It came out in 1979 a few months prior to Rapper’s Delight.

But we can actually go back another forty years to find the first true rap song. This track originally came out in 1937. It’s called “The Preacher and the Bear” and it’s by The Golden Gate Quartet. So here it is, quite possibly the very first rap song ever. 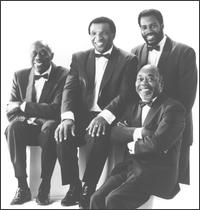 You can see how similar the cadences are and where the rhymes are falling when you compare this song with Rapper’s Delight. Check out the mash-up Darrin Jackson did to hear it quite clearly.

That is an incredible record by The Golden Gate Quartet called “The Preacher and The Bear.” Apparently it was a folk song that people used to sing. These creative musicians did it in a rap style in 1937. My goodness!

This Chase March, thanks for tuning in to Know Your History!