That record right there is the source of inspiration for dozens and dozens of rap songs. In fact, it has even been sampled in rock songs, pop songs, television commercials, and pretty much everywhere you hear music.

Within the first twenty seconds of the song, I was able to pick up two different sources where I’d originally heard these sounds. About a minute or so into the track, I heard another rap song and started rapping along to the beat. Maybe you didn’t place any of these songs, but even so, I bet you recognized when the drum break kicked in. That’s the part of the song where all of the instruments fade away except for the drums. It’s not a drum solo as the drummer holds the beat and plays a very specific pattern. But it is where hip-hop originated from, the break, or breakbeat, or as Kurtis Blow would say, “The Breaks”

Back in the day, deejays discovered that people really liked dancing to the breaks in the song. As such, they would use two record players playing the same record and alternate between the two so they could effectively lengthen the drum break. This was done by creative and innovative musicians well before samplers had even been invented.

That is why we give so much props to the DJ in hip-hop culture. Without the Dj, we wouldn’t have hip-hop, simple as that.

Recently, hip-hop producers have moved away from sampling. It gets rather expensive to get permission to use sounds from old records. Producers and labels basically have to buy the rights to use even the smallest portion of an existing song. Many rap acts have been sued over the use of a sample, some artists don’t like their music being sampled at all, while others charge ridiculous amounts to let someone have access to those sounds.

Sampling is a big part of hip-hop. I love hearing a sample with that dusty record feel to it. I love the way certain producers can layer sound on top of sound to create a sonic masterpiece. Sample-driven hip-hop might be harder to come by these days due to all the legal ramifications of using someone else’s original composition to craft something new. But, fortunately, that doesn’t stop some people from sampling.

Let’s get back to the sample we will be focusing our entire show on today. It’s from a group called The Soul Searchers, what a great name. The song is called ‘Ashley’s Roachclip’ and if you’re an old school head like me, you probably recognized that the very first bars of this song were sampled to created this posse cut twenty years later. This is Nice and Smooth “Down the Line” from the album “Ain’t a Damn Thing Changed” released in 1991. This is Chase March for Know Your History and we will continue to explore this famous sample right after this example. 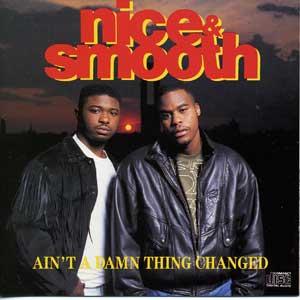 That was Nice and Smooth “Down the Line” and it featured Bass Blaster, Asu, the late great Guru of Gangstarr, Melo T, and Preacher Earl. What a great posse cut. I love the way they pass the mic down the line. It is also really cool to see how they used a record that had been sampled several times before by taking a different portion of it to craft the backdrop. That’s right, they didn’t simply use the break of the original record. In fact, you can hear several samples layered on top of each other there. What a creative way to use a sample.

My favourite group of all-time also used “Ashley’s Roachclip” to craft the classic “Run’s House.” In fact when I first came across this song and I heard those familiar horns, I did a beatbox scratch and said, “Say What?”

Did you do the same thing when I first played the sample at the start of the show? If so, then you are my people.

If not, let’s hear how Run-DMC sampled the song for their hit in 1988, a few years earlier than the last rap record I spun for you. This is “Run’s House” by Run-DMC off of the record “Tougher than Leather.”

I still have a few more rap groups and songs I want to share with you that utilized that great song “Ashley’s Roachclip.” I have no idea what that title means, who Ashley is, or what the original song is about but I can tell you one thing. As of right now, this is Run’s House. This is Chase March for Know Your History, let’s explore this example and look more at the sample right after. 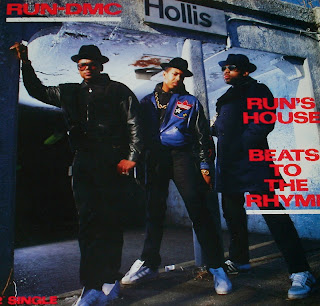 That was Run-DMC “Run’s House” and once again, they didn’t simply use the break of “Ashley’s Roachclip” as the main drum pattern for the song. They actually used a few different samples in this song, including James Brown’s “The Funky Drummer”, which I would like to spend an entire show focusing on in the near future. They sampled one of their own songs from the previous record, as well as one from Doug E Fresh and Slick Rick.

Run-DMC is my all-time favourite rap group. I love the multi-syllable rhymes, the way they trade vocals back and forth, the hard hitting beats, and of course, how they incorporate samples into their music.

I want to play a song for you right now that you might not be familiar with. It’s from an independent rap group from Nova Scotia, Canada. They put out a great album in 1994 entitled “Trailer Park Hip-Hop.” This is a track that utilizes a portion of The Soul Searchers song we’ve been discussing all day in a way that I haven’t heard anyone else use it. Of course, I could be wrong. Perhaps some other groups has sampled the same portion of the record, perhaps not. Either way, this is a great song and a great use of the sample.

This is “Trip to Reality” by Hip Club Groove. We haven’t even touched on the most famous record to use “Ashley’s Roachclip” yet, but we will right after this. Stay tuned as we continue to explore this famously sampled record for this edition of Know Your History. 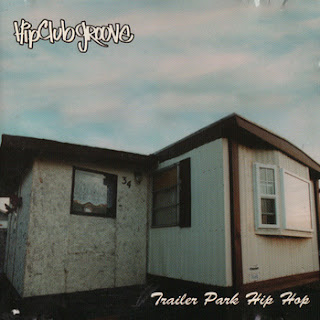 That was “Trip to Reality” by Hip Club Groove and if you listen close, they let us know where the sample they are using came from, “I’m soul searching, yeah I’m searching for my soul ‘cause I keep falling into this black, mother-f*&king hole.”

That’s very cool. After all, they sampled The Soul Searchers “Ashley’s Roachclip” and they are acknowledging that. Rappers often shed light on classic records that listeners otherwise wouldn’t have been exposed to.

I know I am always amazed when I’m in a mall or a restaurant and I hear an original record being played softly over the P.A.

But of course, we haven’t talked about the famous drum break from this record yet. If you are just tuning in, we’ve been focusing our entire show today on one record, “Ashley’s Roachclip” by the Soul Searchers. 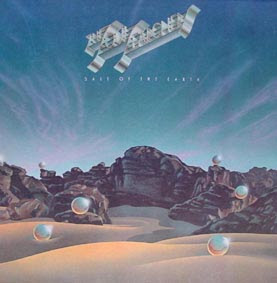 We have to close off the show with the most famous record to sample “Ashley’s Roachclip.” That would be Eric B and Rakim’s “Paid in Full.” They use the drum beat quite effectively here. It’s been used in a lot of other songs such as MARRS “Pump Up the Volume,” but that was after Eric B and Rakim first flipped the sample.

This is the most famous example. Hopefully you know it, if you don’t, get familiar. Eric B and Rakim are definitely one of the best rap groups ever. 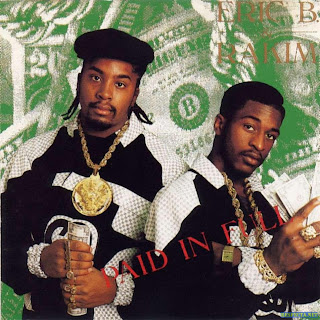 You can download the podcast for free or stream it with the player below.