Kish was one of my favourite rappers back in the day. He came out with an album entitled Order from Chaos in 1991 and had quite the hit with “I Rhyme the World in 80 Days.” Unfortunately, despite a solid album, he seemed to remain a one-hit wonder. 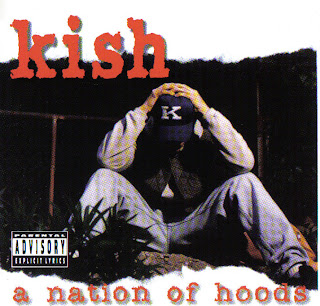 Three years later, A Nation of Hoods came out. This album is even better than his first.

He came to a mall in Hamilton for an autograph signing. I was pretty excited to meet him. I told him that I had been waiting years for this album. As you can see, he signed it “Thanks for waiting!”

I also got an autograph from DJ Supreme as well.

I’ll leave you with a track from this album. I hope you enjoy this throwback from 1994.

Here is  “Crates to Concrete” from Kish.