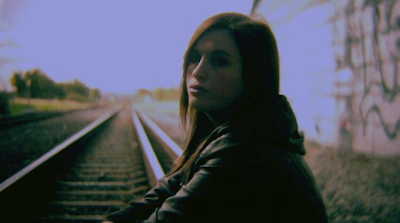 We have eight hours of programming to share with you this week. Up first, we have this amazing interview with a very talented emcee, Kadyelle.

You can download this podcast or stream it with the player below so you can listen to it as you read.

Chase: “Alright everybody, we have a special guest on the show tonight. We have Kadyelle, calling all the way from?”

Chase: “Wow! I don’t think we’ve done an international call before but I really wanted to talk to you because one of my favourite albums of last year was your “Earthworthy.” You are number 2 on my Top 10 albums of 2010.”

Kadyelle: “Yeah, I saw that when I read your blog. I appreciated that. That’s pretty awesome, especially since my album isn’t even my favourite album.”

Chase: “You’ve got a new album coming out shortly.”

Chase: “That’s awesome. I really felt the album when I first heard it. It captured me right away. The three singles you’ve sent me from your new album I’m really enjoying as well, so I’m looking forward to that.

Chase: “There is a female rapper from Toronto, my neck of the woods, Eternia. I interviewed her and we were talking about the lack of female MCs. She told me that there really isn’t a lack of female MCs and that they are everywhere. So I started digging and that’s how I found you. I wrote a blog post about this topic and somebody recommended Dessa, so that’s how I found out about her. So can we talk about some of the barriers that you have to overcome to be heard as a female emcee?”

Kadyelle: “I guess, being a female works for you and against you equally. We’re held to a much lower standard than most male MCs. If you’re even vaguely good, people will support you. In that way, it works in your favour.

It’s really hard to be taken seriously. The reality is, you don’t even realize how much misogyny there is in the world, and especially in the hip-hop community, until you start putting yourself out there, doing shows and tours. People will basically hate us, just because we’re female, no matter how good you are.

But you also get a lot more exposure if you are good. So I look at both the good and the bad of it.”

Chase: “What we are doing here for International Women’s Day is celebrating women in hip-hop all night long. We have the overnight show, which is seven hours. This interview is going to be on that show, we’ll be spinning tracks from female emcees, and we’ve done a lot of research and are finding a lot of good stuff out there.”

Kadyelle: “There’s a track on Earthworthy that has four female Australian MCs on it. The track is called “A Good Man.” It features myself, Lady Luck, Class A, and then Nikita. We’re all Australian girls.”

Chase: “Awesome. We’ll spin that and we’ll be right back.”

Please download the podcast, stream it with the player below, or go to her bandcamp page to hear this awesome track.

Chase: “That was “A Good Man” by Kadyelle and we’re lucky enough to have Kadyelle on the phone. How ya doing?”

Chase: “I’m so excited about having you on the show. I’ve been bumping ‘Earthworthy’ like crazy. I enjoyed it so much that I really wanted to get a chance to talk with you. I want to talk about your lyrics because that is something I always pay attention to, and you say a lot in your rhymes.”

Kadyelle: “Thanks for noticing. I appreciate that.”

Chase: “How did you start rapping?”

Kaydelle: “It was about 2006 that it dawned on me that I could rap myself considering I’d been writing poetry for so many years. I thought I’d give it a go. I guess, looking back, my first rhymes were pretty crappy but I always had a fairly decent flow. I got mates and really great people in my local city, which is Perth in Western Australa.

Being a female emcee, I was lucky that the people around me were really enthusiastic and encouraged me to get in the booth and record what I was writing. I met my husband through recording tracks and running with that crew. He really got me in to it a lot more. He had a home studio, so the opportunity was open for me to get recording and get it all online to reach out to other people.

Chase: “It must be nice to get to work with your husband and be in the studio with him.”

Kadyelle: “Yeah, it’s awesome. He’s super-encouraging and takes a lot out of his time to help me. He’s taught me a lot about writing, flow, and production. Most of what I’ve learned along the way over the past few years is because of him. Thorts is his name and he is a rapper from here who has been doing it for many, many years, and has a few releases you should check out.”

Chase: “He is on the “Earthworthy” album twice and he is on a track called Diluted Shadows and I really like his lyrics on that one.”

Kadyelle: “We’re very similar lyrically so we work really well together. We’ve also got a film clip for that track as well.”

Chase: “Cool, let’s show that one right now. This is “Diluted Shadows” from Kadyelle’s “Earthworthy” album, which we can get for free right now.”

Kadyelle: “Yeah, it’s available as a free download on Bandcamp.”

Chase: “I love Bandcamp! Everybody out there should go to kadyelle.bandcamp.com and check this track that we’ll spin for you right now. This is Chase March on the interview tip, Daddy J is on the boards, and we’ll be right back with more Kadyelle.”

Chase: “That was nice track and video. You’ve also got one for “Anybody Like Me” which I really appreciated seeing because when I first stumbled across your album I had no idea how to pronounce your name. It’s Kadyelle but its spelled all as one word so I was saying it wrong for months until you told me to check out that video. You do a spoken introduction to the video so we get to see and hear what you are about, as well as how to pronounce your name. Check it out.”

Please come back tomorrow to read the second part of this interview transcript, or you can download the podcast for free to listen to the rest of it right now. Thanks for tuning in!

The Back to Old School Hip-Hop Show (Sept 7th)