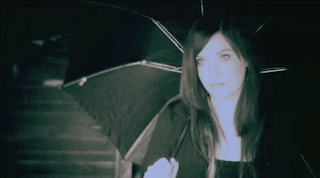 Here is the conclusion of DOPEfm’s exclusive interview with Kadyelle. You can listen to the interview with the player below, download the podcast for free, or read the transcript from the very beginning.

Chase: “That was the lead single off Kadyelle’s new album “The Tree That Kept Apart the Stars.” That song was called “Safe” and we are fortunate enough to have Kadyelle, one of my favourite MCs out right now, on the phone. This has been an awesome interview. Thanks a lot for taking the time to be on the phone lines with DOPEfm.”
Kadyelle: “Oh, that’s not a problem. Otherwise I’d just be lying on the couch watching cartoons.”
Chase: “Yeah because it’s the evening for us but it’s only the morning for you over there. Time difference. So tell us where people can find out more about Kadyelle.”
Kadyelle: “I still have a myspace. I’ve got a facebook page as well. That’s the one I update the most so if you look up Kadyelle on facebook I should pop up. I’ve got a Reverb Nation page as well. My bandcamp page for downloads is pretty up to date too. That’s about it.”
Chase: “Well, I hope people take the time to listen to your music and I hope that they enjoy what we’ve spun today because I am totally sold. I am so in love with you and your sound and your music. I hope that you continue to bless us with your music for long time.”
Kadyelle: “That’s the intention. I only hope for bigger and better things. I hope to be doing this for a long time. It’s such an amazing experience to be a part of the scene over here. I really hope to get my music out internationally, digitally, and by coming over there to do shows and sell stuff out of my backpack, old school style.”
Chase: “I really hope you come to Toronto sometime soon. I would love to see you. I am going to champion you music on my blog, Daddy J and Gamma Krush are going to spin you as well. DOPEfm is supporting Kadyelle!
Kadyelle: “That’s awesome. Thanks so much.”
Chase: “It’s been such an honour and privilege to have you on the show.”

Kadyelle: “Thanks so much for having me. It’s been fun.”


Download this podcast for free to hear this entire interview and hear some amazing tracks from Kadyelle. You can also subscribe to the podcast to hear the best in underground hip-hop each and every week. And best of all, it’s free!

Know Your History – Back to School Edition

Breakdancing in an Art!