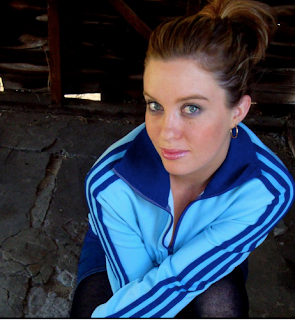 If you missed Part 1 of the transcript, you can go back and read it now. You can download this entire interview for free or stream it with the player at the bottom of the post.

Chase: “So, we are back with Kadyelle, all the way from Australia. I feel blessed to have stumbled across your album. Most of the stuff I listen to is Canadian or American rap but, from what I understand, there is a huge Australian scene.

Kadyelle: “Australia is insane! Last year were were playing shows to 500 – 600 people per show. The enthusiasm for Australian hip-hop has just exploded over here. Even the international stuff is getting so much support.

But I know how you feel, like 90% of what I listen to is American hip-hop, even though Australia is awesome. I’ve always had my passion in underground American hip-hop and I sort of can’t shake it. It’s just some quality stuff coming out of there and from Canada as well.”

Chase: “Awesome. So our stuff makes it to you fairly easily, but I’m not sure how easily the Australian stuff makes it our way.”
Kadyelle: “I think also, it’s a relatively new thing, I mean, it has been over here a long time but it has always been an insular thing and it came along with a strange nationalism, I guess, like staunchly Australian type-thing, but now people are starting to look at it internationally.
I don’t know if you’ve heard of Bliss N Eso? They are an Australian group that is nationally popular. They tour US and Canada. So there is some quality stuff coming out of Australia that is starting to make an impact internationally. Hopefully it is gonna trend because there are so many people who don’t even know about the hip-hop thing over here and it is definitely worth checking out. There is an amazing diversity over here of hip-hop and rap.”
Chase: “Do you have any plans to come to North America with the release of your new album?”
Kadyelle: “We have a plan for 2012 to do a US tour. It’s definitely not a cheap thing to do, so it may end up be 2013, but we’re looking into it now; San Francisco, New York, and Connecticut, and lots of names, just basically places we want to go and hopefully hook up some shows while we’re there.”
Chase: “I’m putting my hands together and praying that you add Toronto to that list.”
Kadyelle: “That would be awesome! Australia is just so off-loaded from the rest of the world that it costs an absolute fortune to fly anywhere. It’s definitely high on our list of things to do and put money towards. Hopefully, we’re blessed with not too many debts and we’ll get there soon. That’s the plan.”
Chase: “I hope so. Australia is one of the places I’ve always wanted to visit. It’s on my to-visit list. I don’t know if I’ll ever make it there because I’m kind of broke and I don’t know if I’ll ever make it out there.”
Kadyelle: “I’m in that boat with you.”
Chase: “I wanted to talk to you about some of your imagery because your album “Earthworthy” is spelled all in one word and in your song “Diluted Shadows” you say, “I’m losing ink so I pen this in the dirt.” There is a lot of mention of the earth in your songs and even in your new album “The Tree That Kept Apart The Stars” has a lot of nature and earth theme to it so I was wondering what’s behind that imagery?”
Kadyelle: “The new album title is from a poem by E.E. Cummings and it’s a poem that I refer to quite a lot, if you listen closely. The title track “Earthworthy” actually started as a collaboration with a rapper from Wisconsin called Fathom. We were writing a track together and his project never ended up happening so I used it as an intro to the album. But I do use earth and trees as a theme a lot when I write and I’m not really sure why to be honest with you. I never really thought to deeply about it.
It is inspired a lot by E.E. Cummings, who is very influential in the things I write and the way that I write. I’m the sort of writer that will just sit down with a beat and write the first thing that comes to mind. It’s always stuck to that sort of theme, that I’ve noticed.
At the end of the album when I was compiling all the tracks and really thinking about the direction of the album and how that theme was so prominent. It’s just grown out of lyrics that have come to me, like train of thought when I listen to the beat.”
Chase: “That’s cool. It’s the whole creative process. Who knows where that even comes from? I do a little bit of writing myself and it just comes, like you said, it’s the first thing that comes to your mind. You just start writing it and then you look back at that and are amazed by it.
You have another guest on one of your tracks called Butler Yeats. I think that is interesting since you are influenced by poetry and we have another poetry-type name there.”
Kadyelle: “Butler Yeats is from the U.K. I stumbled across his music on myspace and thought he had such a unique style and flow. I loved his music straight away and was blessed to have him on that track. He’s a dope emcee and I guess we both have a similar style of introspective writing and that’s probably where he draws his name from.”
Chase: “In that song you say, “Bitter taste, the only thing they couldn’t take from me.” Kind of an interesting line right there.”
Kadyelle: “I tend to be a bit melodramatic sometimes. My style of writing is to give myself crap, I think. A little self-loathing is good for everybody.”
Chase: “That’s cool. I think we need to play one of your songs now. (on the podcast we played “The Best Scar” from her forthcoming album – for the blog we will play “End of Days”

Chase: “We are so fortunate to have Kadyelle on the phone all the way from Australia. Thanks for letting us talk to you.”
Kadyelle: “No problem at all. Thanks a lot for having me.”
Chase: “I’d like to point out that we’re you’re first international interview.”
Kadyelle: “It means a lot that you got something out of my album. That’s awesome, considering it’s just a tiny little 300 CD run and then I put it online as a free download.”

Please come back tomorrow to read the conclusion of this interview transcript. You can download the entire podcast for free to listen to the rest right now as well, or stream it with the player below.