The Jet Aircraft Museum is located at London International Airport in London, Ontario, Canada. I visited the museum for the annual Doors Open London in September and had a great time. 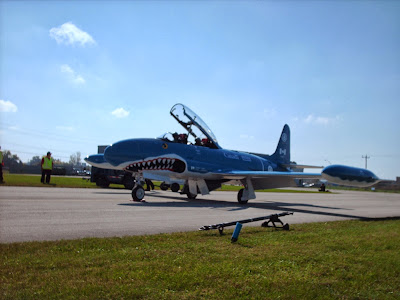 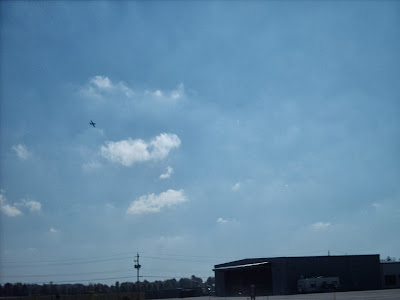 And while I took in the other sites and attractions, the plane did some maneuvers overhead. It kept looping around in a sort of one-plane air show. It was great. 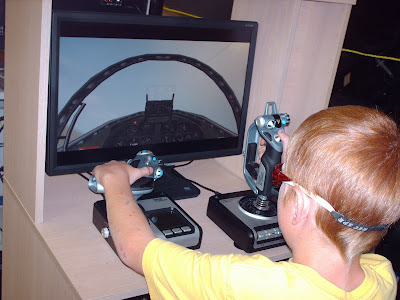 Inside, you could try your hand at some realistic flight simulators. These planes are quite difficult to pilot. 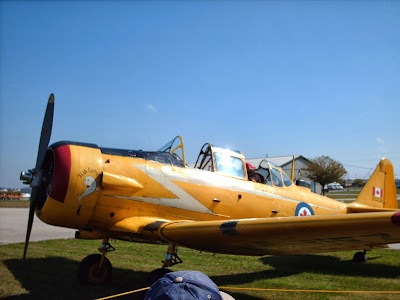 This single prop two-man plane came in for a landing and taxied right up to the yellow rope. It was loud and glorious.

I’ve also had the chance to visit The Warplane Heritage Museum, in Hamilton, Ontario.

Here is a little more info about the London museum . . .

The Jet Aircraft Museum (JAM) exists to create and maintain a dynamic and living history of the modern age Royal Canadian Air Force and to provide permanent honour for those valiant Canadian men and women who flew these aircraft with distinction in periods of war, peace, and peace keeping.

JAM is a not for profit foundation that has as its primary purposes the acquisition, display, preservation, maintenance and, most importantly, providing in flight demonstrations for the people of Canada now and for generations to come.

The JAM mission is to combine the creation and operation of museum housing: aircraft, historical artifacts, records, and salient memorabilia, while simultaneously keeping representative historic aircraft in the air whenever and wherever major aviation events are held across Canada and at appropriate international centres.