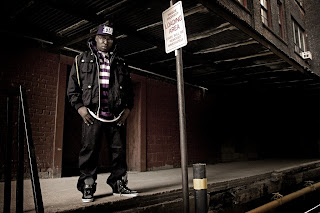 We caught up with Jester again and he even remembered us from last year. Pretty cool. Here is a transcript of our interview from the red carpet.

Jester: “Didn’t we do something last year?”

Jester: “I do remember that. You guys are from Hamilton.”

Chase: “Yeah, I think you won mix show of the year last year.”

Jester: “I did. They retired me from that now. I’m not on college radio any more. I used to be on Flow, but now I’m just doing me. Doing a lot of things.”

Chase: “You still got the website up and popping?”

Jester: “Yep, ThisIsJester.com. Get all your podcasts, your mixtapes, wherever I’m playing across Canada and across the world, you’ll find it right there.”

Chase: “You’re active on Twitter as well. You’re still all around and up for a few awards again.”

Jester: “I’m up for three awards; mixtape. Well, I should say two awards because they gave away that award last night and it went to Lissa Monet and P-plus for their mixtape. The other two, I did a remix for Aleesia along with De La Vega for her track, Angel. We’re nominated for that record. I’m also up for Toronto DJ of the Year.”

An Interview with hip-hop artist Future