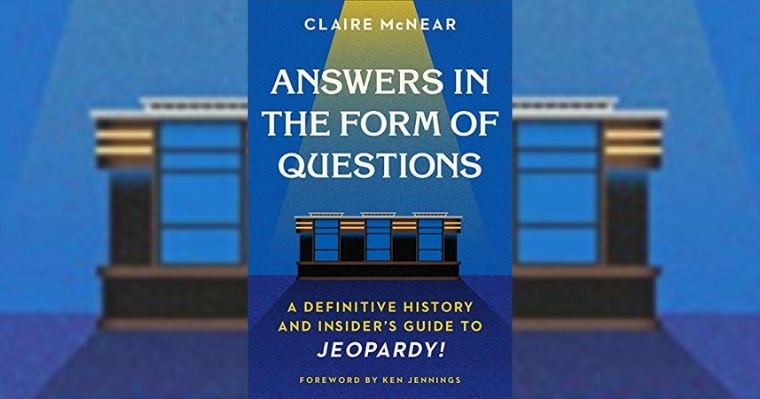 Answers in the Form of Questions: A Definitive History and Insider’s Guide to Jeopardy! by Claire McNear

Jeopardy! is one of the greatest television shows of all-time. Combined with Wheel of Fortune, we get an hour of television every day that challenges us, and allows us to play along at home.

When Alex Trebek came out with his memoir, I quickly got my hands on the audio book so I could hear him tell his own stories. It was a great read and I learned a lot about him and the iconic show he helmed for 37 years. Unfortunately, he is no longer with us, but the show lives on. It has a staying power that I hope can survive another 37 years.

I thought I knew a lot about the show from reading Trebek’s book, watching a few documentaries, and religiously watching the show over the years. But I still learned a thing or two from this definitive history.

Back in 1983, The Greg Kihn Band released a song with the refrain of “Our love’s in jeopardy” which caught the attention of Weird Al Yankovic. He reworked the refrain to be “I lost on Jeopardy!” as a tribute to the trivia show that had been off the air for nearly 10 years. Both songs were hits and there is some speculation that Weird Al’s song helped inspired the 1984 relaunch of the show.

I knew of this song but had no idea it predated the modern version of Jeopardy! that we all love. It was so popular that it might even have helped spawn the return of the iconic show. That is crazy!

The book even covers some of the Hip Hop categories that the writers delighted in having Alex Trebek say on the air. I played all the ones I could find in this tribute episode of Word is Bond Rap Radio.

Did you know that you can find a nearly complete history of every question and answer that has ever been featured on the show?

J Archive is a pretty cool resource for anyone studying to get on the show.

Overall, this was an interesting read that any fan, or casual fan, of the show will appreciate.

Find the Spark and Write