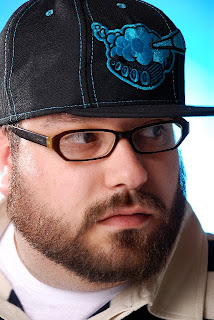 We’re back with JC Poppe. If you missed Part 1 of the interview you can go back and read it now, download the whole show to listen to, or stream it with the player below.

Chase: “We just played ‘Foundation of a Moment’ by JC Poppe. I really like that track. It speaks to some realities in your life and in music. I know that you went through a bit of a tough time recently. One of the lyrics there says, ‘I could be worse off.’ I like focusing on lyrics. There’s another one that says, ‘It’s so hard to listen to both our heart and our head, so this moment I’m in, I’m just gonna vibe.’ Nice!”

This Song Should Get Radio Play (Day 18)