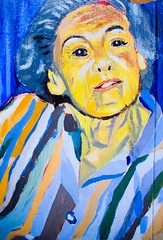 As I started my fifth year of teaching, I felt a confidence I had never felt before.

Something just clicked and I realized that I finally knew what I was doing.

Up until that point, it felt like I had been treading water.

I went in to the classroom early every day, I stayed late, and I often brought work home with me. I put in so many hours those first few years of my career that I barely had any free time. I was quite simply, just getting by.

This weekend I read a blog post on Daily Writing Tips that mentioned the 10,000 Hour Rule. This post was directed at writers but the principle behind this rule holds true to teaching as well. It basically states that “most people who become highly accomplished at one endeavor or another have worked at it for 10,000 hours.”

As soon as I read that sentence, I stopped and figured out how many hours I had been teaching before I felt my new found confidence. Here’s what I came up with,

There are roughly 200 instructional days each school year. I put in at least 10 hours a day of work. So that makes for about 2,000 hours each year. I know that this number is even probably a little bit low. New teachers live and breathe their job for the first year and usually the next three as well.

The 10,000 Hour Rule was developed by Malcolm Gladwell in his book “Outliers: The Story of Success” and it should be a comfort to new teachers.

In other words, “Hold on, it gets easier.”

I have been proclaiming for a few years now that it took me 5 years to actually figure out what I was doing in the classroom. Now I know why.

The Magic of Creativity