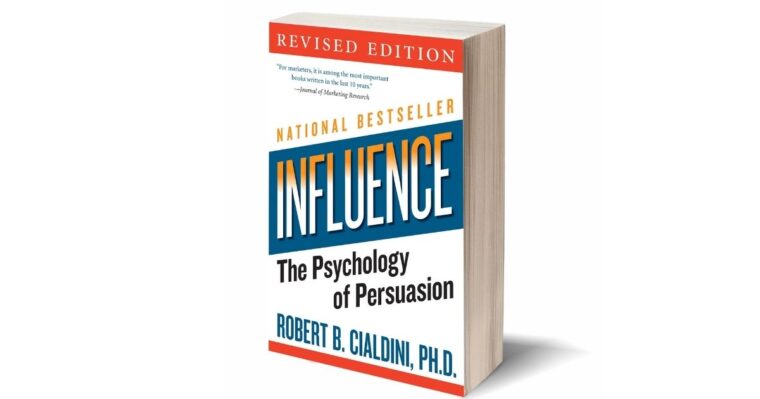 Influence: The Psychology of Persuasion by Robert B. Cialdini

This was an interesting book about all of the different ways we are sold things. Companies use the science of persuasion to get us to buy their products. A lot of these tactic are manipulative and not ever children are spared.

One of the first ways we are convinced to do business with a particular company or brand is due to the concept of reciprocity. As a species, we have always cooperated to survive. According to Richard Leakey the essence of what makes us human is the reciprocity system. “We are human because our ancestors learned to share their food and their skills in an honored network of obligation.”

This is one of the reasons companies will offer you something for free. It is basically a primer to get you to do business with them.

“A widely shared and strongly held feeling of future obligation made an enormous difference in human social evolution, because it meant that one person could give something (for example, food, energy, care) to another with confidence that it was not being lost. For the first time in evolutionary history, one individual could give away any of a variety of resources without actually giving them away. The result was the lowering of the natural inhibitions against transactions that must be begun by one person’s providing personal resources to another. Sophisticated and coordinated systems of aid, gift giving, defense, and trade became possible, bringing immense benefit to the societies that possessed them. With such clearly adaptive consequences for the culture, it is not surprising that the rule for reciprocation is so deeply implanted in us by the process of socialization we all undergo.”

I’ve never quite understood how a toy becomes so popular around Christmas time that it’s near impossible for parents to find on. Apparently, it is all a ploy to get us to buy during a time we typically would not. Cialdini explains . .

“Now here’s where the genius of the companies’ plan comes in: They undersupply the stores with the toys they’ve gotten the parents to promise. Most parents find those things sold out and are forced to substitute other toys of equal value. The toy manufacturers, of course, make a point of supplying the stores with plenty of these substitutes. Then, after Christmas, the companies start running the ads again for the other, special toys. That juices up the kids to want those toys more than ever.”

I can’t believe that toy companies would deliberately try to disappoint our children. Are there absolutely no ethics oj business?

A Small Commitment Is All It Takes

When someone wants to sell us something they will often try to make us commit in a very small way. This can be as simple as agreeing to a statement or question that aren’t even related to the product being pedaled.

“If I can get you to make a commitment (that is, to take a stand, to go on record), I will have set the stage for your automatic and ill-considered consistency with that earlier commitment. Once a stand is taken, there is a natural tendency to behave in ways that are stubbornly consistent with the stand.”

And it can Make You Double Down

I’ve noticed that on social media, it is very hard to change anyone’s mind on a subject. It doesn’t matter what it is. When presented with a logical argument, people often double down on their previous statement and ignore all relevant facts. It doesn’t matter how obvious they are.

“Whenever one takes a stand that is visible to others, there arises a drive to maintain that stand in order to look like a consistent person. Remember that earlier in this chapter we described how desirable good personal consistency is as a trait; how someone without it could be judged as fickle, uncertain, pliant, scatterbrained, or unstable.”

Using Science Against Us

People know how to get us to act in certain ways, to buy a product or service, or buy-in to an idea. Cialdini sheds some light on a few of those tricks in this book. It’s definitely an interesting read. I took way more notes than what I shared her today. A follow up post is likely. Stay tuned!