I’m enjoying building this little digital bookcase, of sorts. I’ve never really kept a reading log. I read for the sheer enjoyment of it, but this year, I am keeping track of every single title. Here are my latest graphic novel reads. 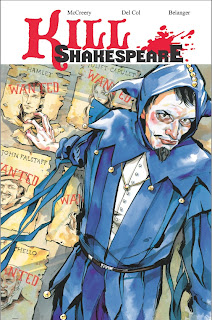 All of the heroes and villains we know and love from the plays of William Shakespeare exist in one time and place. Shakespeare himself even exists in this universe. People believe him to be a magical being or perhaps just a myth. But there is a prophecy that only the Shadow King can find him. Of course some people want him dead, others just want his magical quill for the power it can wield.

This book features homegrown talent as all of the creators hail from southern Ontario Canada. It’s an interesting story that you can follow along with even if you aren’t a student of the Bard. 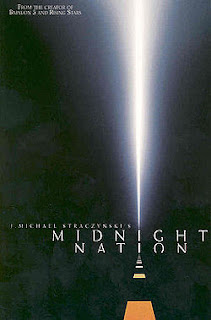 This was a great read. I didn’t want to put it down. It’s about people who have been forgotten or cast aside. After a while, they slip through the cracks and while they continue to exist in this world, they cannot see or be seen by regular people.

David Grey is a police office and when his soul is stolen, he slips into the shadow world. He begins the long journey to New York  to reclaim his soul but there is much more going on in this netherworld between the one he knows and can still see and this new land of forgotten and down-tread people.

This story basically brings a metaphor to life. And I love metaphor. I also love almost everything Straczynski has written. He is a brilliant writer and well worth checking out.