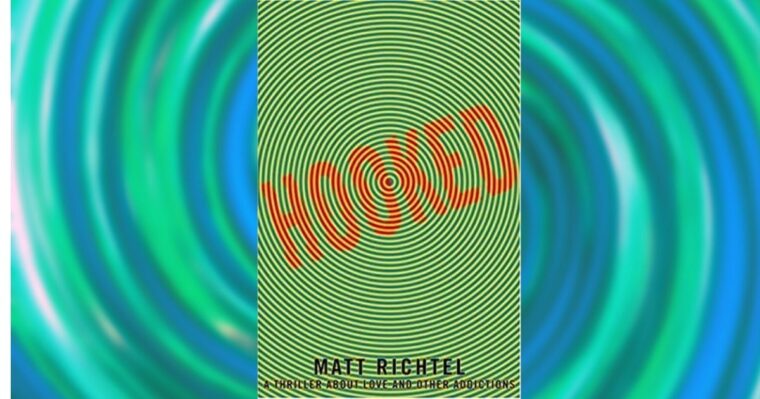 Hooked: A Thriller About Love and Other Addictions by Matt Richtel

I don’t read thrillers very often but I’ve been reading a lot of non-fiction lately and hoped to get roped in to a great story. This one started that way and I was hoping to get hooked on it, as the title suggested.

The story revolves around Nat, a journalist, who is having a hard time getting over the death of his girlfriend who passed away four years ago. One day, while sitting in a coffee shop, he is left a note that appears to be written by his deceased girlfriend. He didn’t get a good look at the lady who dropped it at his table and then rushed out the front door, so he followed her, hoping to get answers. He is suddenly knocked to the ground from an explosion behind him. Did his dead girlfriend save his life?

I like the fact that Nat exposed some corruption in the police force in a story earlier that year. A few cops understand and perhaps even appreciate it but most of them hate him. It brings some tension to the story. Of course, he gets implicated in the bombing. Why was he there? Why did he leave at that precise moment?

As a journalist, he begins an investigation that drums up his past and makes him think about the nature of his relationship. Richtel deals with some themes that are quite relevant, including technology addiction. I won’t give away much more because it would ultimately spoil the story.

Overall, it was an interesting read but I wasn’t on the edge of my seat. I guess, I wasn’t hooked on this thriller.

What is the Opposite of Spoiled?

Divine Styler – The Story of a Hip Hop Zine