Last week’s edition of Word is Bond Rap Radio was a lot of fun. I had an exclusive interview with The Legendary PMD and the show has put up some pretty impressive numbers. 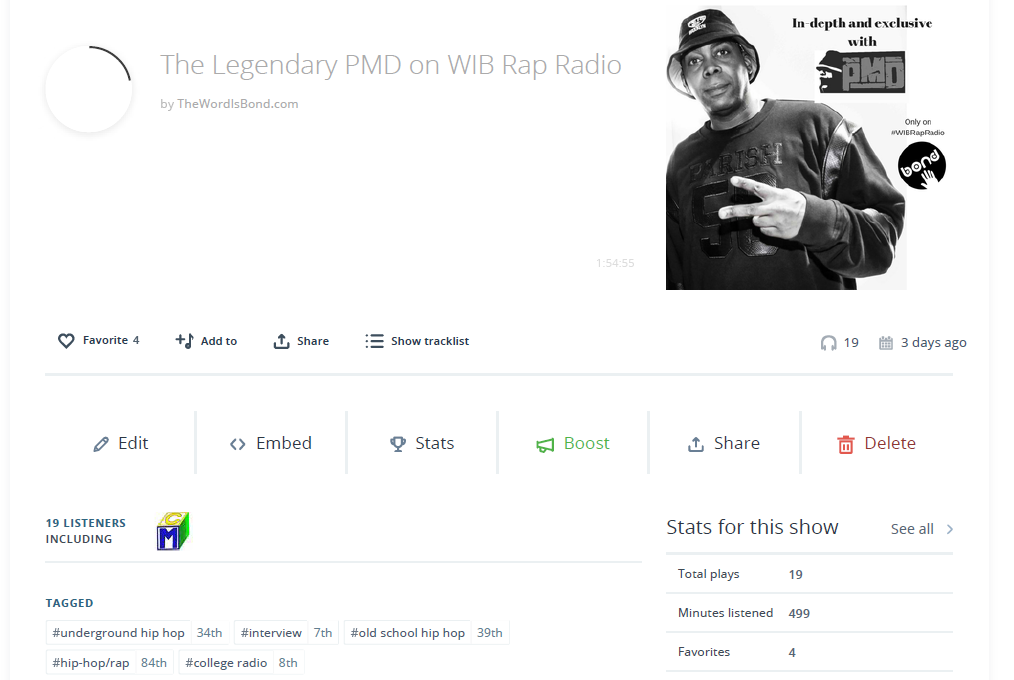 It’s is charting in 5 different places on Mixcloud and is even in the Top 10 of two of them. 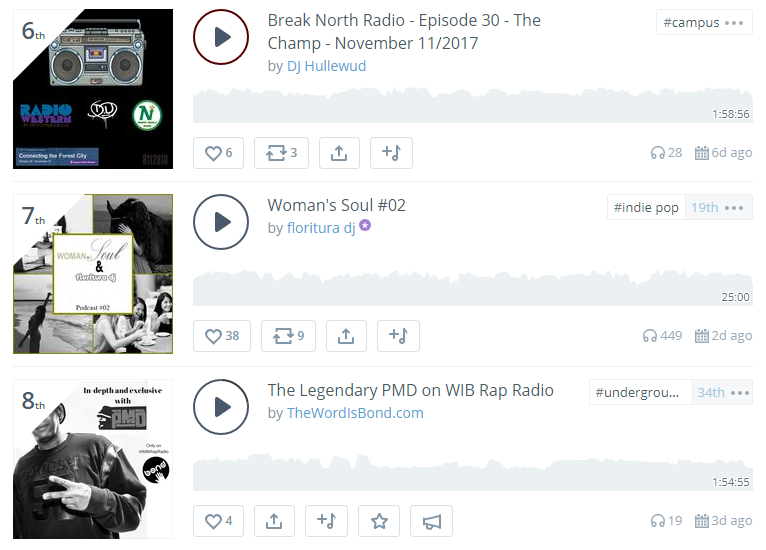 I have good company in 3 of the charts as well.

DJ Hullewud’s show Break North Radio came in just ahead of me. 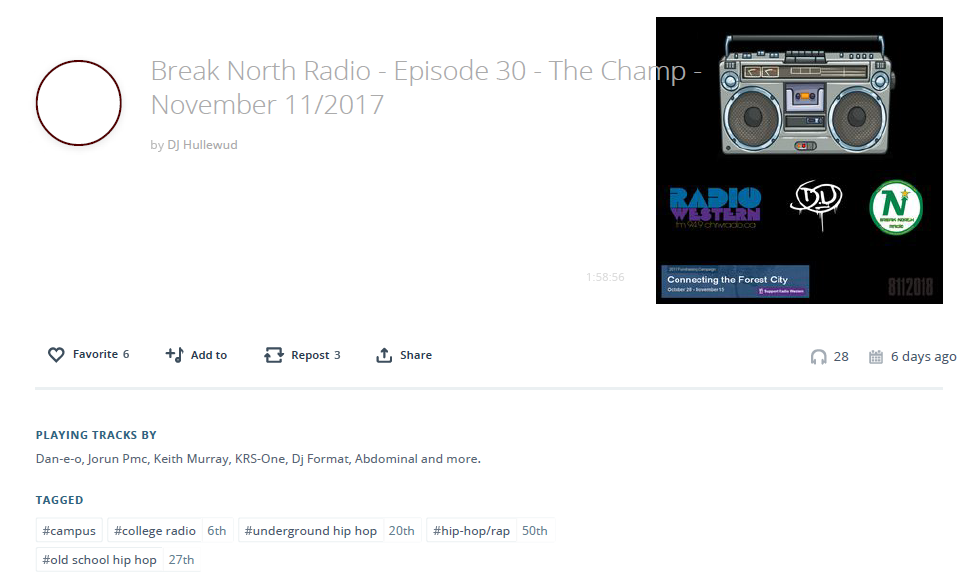 And his show put up great numbers as well.

You can check for the podcasts of both of these shows every week . . .

or you can listen to the shows live on the radio, streaming at chrwradio.ca, Rogers Digital Cable Channel 943, and on the Tune In App.

Thanks for supporting campus and community radio and helping keep hip-hop music alive and well on the airwaves.

Hip-Hop Formed in Clay in an Amazing Way