Welcome to Know Your History, your monthly dose of hip-hop knowledge.

It’s hip-hop history month every month here on the program as we dive deep into topics that explore this rich, cultural history in detail.

I’m your host, Chase March, and this is Episode 35 of the program. Thanks for tuning in.

Remember you can catch Know Your History episodes anytime by clicking on the Hip-Hop History tab. You can subscribe to the weekly podcast at thewordisbond.com and you can listen to the radio program every week on 93.3 CFMU on your radio dial or worldwide at dopefm.ca.

Let’s celebrate all that is hip-hop for the next half hour.

There is a really strong hip-hop scene in Seattle. In fact, two years ago, the mayor issued a proclamation declaring November Hip-Hop History Month. It’s something to see that this month is actually recognized by a municipality. It isn’t just the local Zulu Nation chapter throwing a special event. It is a city-wide affair. That’s really cool.

I don’t know how they’ve decided that November 12, 1974 is the official birthday of hip-hop. I think the culture actually came together before this date. It just didn’t have a name yet.

The term was coined by Keith Cowboy, who apparently had been teasing a friend who joined the army by mimicking the marching cadence of soldiers. Instead of “left, right, left, right” he said, “Hip, hop, hip, hop” and even worked it into rhyme routine. People liked the sound of it and it caught on. You can hear it in quite a few songs. 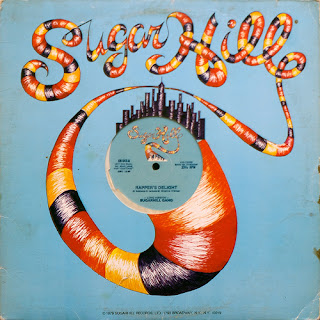 Rapper’s Delight by the Sugarhill Gang was the first rap song that many people heard, but it was by no means the first rap song. Rap had been going strong for years prior to this song ever being released. In fact, the rhymes on that record weren’t even new. They were recycled from a lot of artists that you probably aren’t even familiar with. I hope that changes.

I hope people get schooled on hip-hop history. I think it’s important. I like the fact that we have a hip-hop history month but I’ve been celebrating hip-hop history each and every month for the past three years. That’s what this program is all about. This is Know Your History, your monthly dose of hip-hop knowledge and this is episode 35 of the program.

Today, we are celebrating the birth of hip-hop. We are now four decades into this unique and rich culture based around the music. We know it as hip-hop and this term isn’t disputed in the least. Now.

Back in the early days of this culture, it didn’t even have a name. It existed well before those tracks you just heard. In fact, hip-hop didn’t even start off as a recorded music artform. If you wanted to hear rap music, you needed to experience it live.

The first hip-hop live event is often cited as the party that legendary DJ Kool Herc performed at in August of 1973. It was held at 1520 Sedgwick Avenue in the West Bronx. It was his sister’s birthday party held in the community room of the building. She asked him to DJ for it as well. It was a modest event but successful enough. Soon, DJ Kool Herc was throwing regular block parties and the culture of hip-hop was starting to solidify.

In these early days of hip-hop, it was all about the deejay. The deejay would play records just to get people to dance. A few deejays realized that people really liked dancing to the breakdown portion of the records. This is the part of the song where many of the instruments drop out, sort of like a drum solo.

DJ Kool Herc used a style known as toasting. He would say short pithy rhymes to hype up the crowd. This was the earliest form of rapping in hip-hop culture. Soon, deejays employed MCs or Masters of Ceremonies to do all of the vocal work. They still weren’t called rappers. They were called MCs. This way deejays could focus on changing records quickly, scratching, and some of the more technical aspects of rocking a nice music set.

Afrika Bambataa heard the term “hip-hop” in used it to describe the entire subculture that was just starting to develop.

Some sources say that this new term “hip-hop” was used in a negative light to discredit the emerging new sound. If that’s true, it’s a pretty cool story about how we’ve made it our own over the past 38 years.

Hip-hop is a huge cultural force worldwide. But even four decades into its existence it is still misunderstood. Hip-Hop is not rap music. It is not deejyaing. It is not breakdancing. It is not graffiti art. And it’s not beatboxing. It does drive all of these things, however. It is a way of life. It is an expression. But most of all, it is a culture. 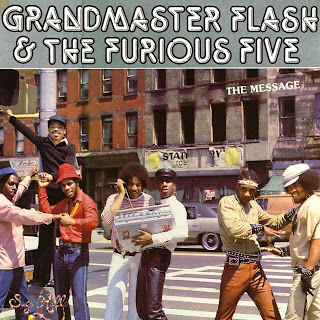 Grand Master Flash formed a group with 5 MCs and dropped their first single in 1979. He named the group Grandmaster Flash and The Furious Five. The five members were Keith Cowboy, Melle Mel, Kid Creole, Rahiem, and Scorpio.

I like how they seamlessly blend vocals in their first outing. “Taking 5 MCs and make ‘em sound like one.” If you’re a fan of hip-hop, you’re probably familiar with that phrase and many others that you just heard. I actually cut that record short too. The original version of “Superappin’” is twelve minutes long.

It was a different time back then. We didn’t have commercial radio dictating what an acceptable song length was. Early hip-hop records would fill the entire record with one song. It was not uncommon to see songs that were anywhere from 7 minutes all the way up to 15 minutes. Rapper’s Delight had a couple different versions, one of which clocks in at 14 minutes and 37 seconds.

Press play to hear the entire show, featuring some great old school tracks, interview clips from Krs-One, and lots of great stories and history. Or you can download the podcast for free to listen to it at your leisure. Thanks for tuning in!