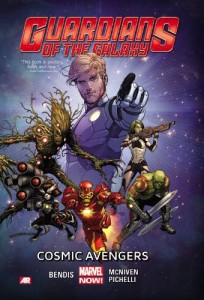 I read this trade paperback before I saw the film version of Guardians of the Galaxy. I was surprised that much of the backstory of Star-Lord was left out of the movie. But at the end of the film, I realize that it made sense. They have room to explore that in the sequel, which I am sure will happen.

This comic introduction to the team is a great read by one of my favourite authors, Brian Michael Bendis. And it works well as a companion piece if you have seen to want to see the movie.

I have no idea how Bendis is able to consistently come up with so many great comic stories across the Marvel universe. He is brilliant! 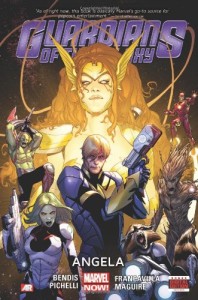 Guardians of the Galaxy: Volume 2 – Angela

This story ties in to the last Avengers book I read. Starlord seems to be the only person in the Guardians who knows that the last white event just happened. If you aren’t familiar with that story, this one will still make sense for you though.

The white event brought together different dimensions and an angel by the name of Angela suddenly appears. Gamora instinctively fights what she believes to be a menace, but Starlord has a feeling that they just might be on the same side.

This was a pretty good read. I know that it ties in to the Age of Ultron storyline as well, which I think is also the basis for the new Avengers film.

Speaking of films, The Guardians of the Galaxy was  great. I recommend you seeing it. 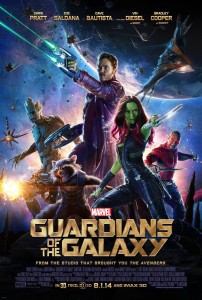 Original Names in the Age of Google