I decided that this year I am going to keep track of everything that I read and create a sort of digital book shelf. Here are some of the graphic novels I have read in the past two months. I only bought one of these books as well. All of the others I borrowed from the public library for free. 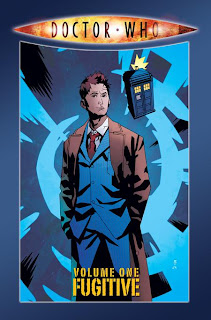 Doctor Who – Volume One: Fugitive

This graphic novel revolves around the final travels of David Tennant as the tenth Doctor. The stories take place shortly before the Doctor’s regeneration into the Matt Smith incarnation of the eleventh Doctor.

I have always enjoyed the tenth doctor. It’s nice to have some continuing stories for this character. I could almost hear Tennant’s voice through the extremely well-drawn panels and character dialogue. It was a fun read and I hope to catch more of this series in the future. 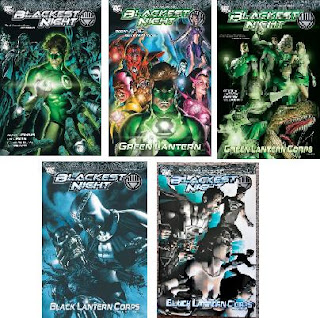 The Blackest Night storyline is told through a series of graphic novels and it crossed over into other DC Universe series. It revolves around the creation of five new lantern corps, each one driven by a specific emotion and empowered by a specific colour.

We’d already seen the Yellow Lanterns in the ongoing series, but this saga introduced us to the terrifiying Black Lanterns. The Black power rings basically revive the dead and they are then drawn to consume the hearts of those around them.

I especially like the Green Lantern Corp trade paper back. It hit some emotional marks, was beautifully illustrated, and possibly the best book of this series. 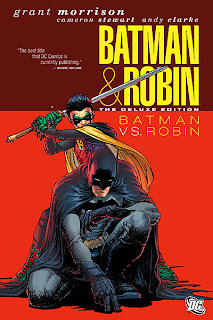 This book loosely ties in to the Blackest Night Saga as they try to resurrect their fallen mentor. But things get heavy as Robin is controlled against his will to fight Batman. 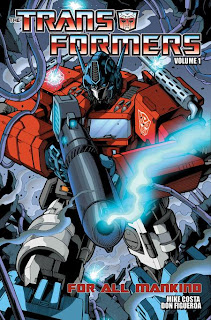 Transformers – For All Mankind

For years now, the Transformers comics have been presented to us in a continuing line of mini-series. Sometimes it has been hard to keep track of what stories go in what order and what exactly is in the cannon. That is why I am glad that they have finally launched an ongoing series set in the Generation 1 time frame of Transformers.

This story takes place after the war between the Autobots and Decepticons that was documents in All Hail Megatron. It is now three years later, Megatron is dead and Transformers all over the world are hiding from government forces that are hunting them down.

It’s a great story and I can’t wait to read more of it.

What Exactly Is Too Much Knowledge (for children)

Lots to Be Thankful For