My hometown team plays in the Grey Cup today!

I am really excited about this game. It’s been a long time since we have been in position to win the CFL title.

I went to a Grey Cup game once before. We hosted the championship game back in 1996. It was a crazy game.

That game is now referred to as “The Snow Bowl” and it was one of the coldest games ever played in the Canadian Football League. 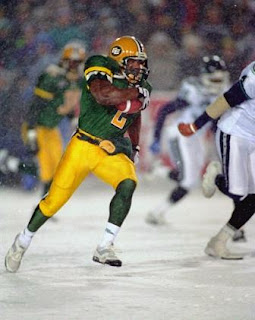 The snow never let up. The field was almost always covered in white. They had to shovel the ten yard markings at every opportunity so the players would know where the field actually was.

It was a lot of fun being at the big game even though the home team wasn’t represented that year. We did win the cup three years later, however.

And this year, I have a strong feeling that our time has come once again.

Hamilton Tiger-Cats will be victorious!

I will be cheering them on from the comfort of the couch at my brother’s house. And you can bet, that we will be loud and proud!