So I’m rolling in the car with a friend who is not a fan of rap music.

My MP3 player is hooked up to the car stereo and we’re listening to some country music. Tim McGraw’s Southern Voice is an amazing album. Love it!

Anyway, she feels like listening to something else and starts scrolling though the lists of albums. I’m impressed that she is looking at “albums” and not “artists.”

So she comes across an album entitled “do you want more?!!!??!” and hits play. 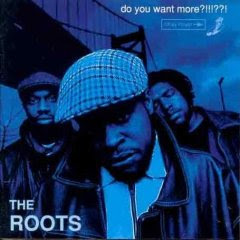 I hadn’t listened to this album in a while. I congratulate her on an excellent selection.

She says, “It sounded  interesting.”

As we listen to the album, she tells me how much she likes it. This girl has good taste.
“do you want more?!!!??!” is the second album from The Roots and it was my first introduction to them. During the course of the album, they refer to their sound as “organic hip-hop jazz,” a fitting label if there can be one for this diverse musical group. 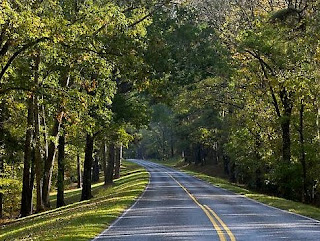 That was a great trip. 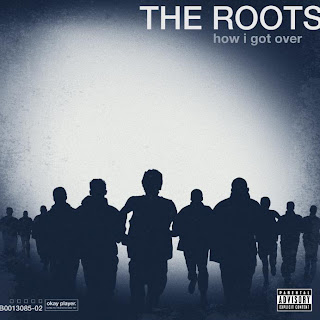 The next time we are in the car together, I put on their latest album, “How I Got Over,“ which has been in heavy rotation for me since it came out. It really is an amazing album.

The Roots organic hip-hop jazz sound has grown and developed over the course of nine studio albums. This is one group that invents a brand new sound each and every time they release a record.

However, after having listened to both of these albums closely this week, I notice that they are very similar in tone and feel. This latest album might seem a bit sparse at first listen with piano on every track. But it really grows on on.

My friend could recognized it was same group before I even told her. I`m not sure she would have done that had I played one of their other records.

We had another excellent trip.

Hopefully, this post will convert some other people to The Roots. It really is a shame that they aren`t more popular and well-known. It`s time to give them their due. They make great music and have an amazing body of work. Go check them out.

Give The Roots Their Due

2 thoughts on “Give The Roots Their Due”