The first time I saw Gareth Malone on television I was completely blown away. He has inspired so many people to come together and sing. And for several years he has done it in front of television cameras.

When I saw that he had also published a book on the experience, I knew I had to read it. 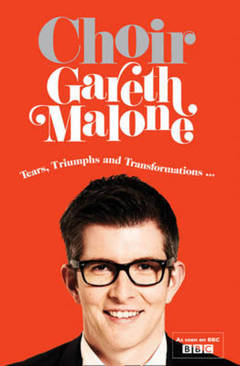 Here is a passage that sums up one of the reasons I have been so impressed with what he has been able to accomplish.

“In all my TV shows I’ve been sent into new and unfamiliar settings to create something from nothing. This requires me to pick up on the mood of the situation and run with it.”

He just has a way of energizing any group and creating a great community of singers.

I don’t know much about vocal music. But what he says in this next passage can apply to all music conductors, band leaders, and choirmasters.

“I went to seek advice from David Hill . . . He offered sage advice: if at the end of the evening he had not made eye contact with every single member of the choir, then he felt he had not done a good job.
I have always tried, whenever possible, to conduct from memory.”
I wholeheartedly agree. I have been trying this style of conducting this year as well. I do my best to look at my students as they play their instruments. It’s so much better than looking at a score. There is more to be said about engaging the room as opposed to the printed music.
I haven’t seen all of the series he has done but I really want to. I even learned about a few through the course of reading this book that I was completely unaware of. I really want to see his documentary How a Choir Works.
With what I have seen, he always made it look so easy. This book shows that it wasn’t simply a cakewalk. But it was worth it. He has energized a nation and brought choirs to whole new heights.

More Danger from the Living

You Need a Total Money Makeover