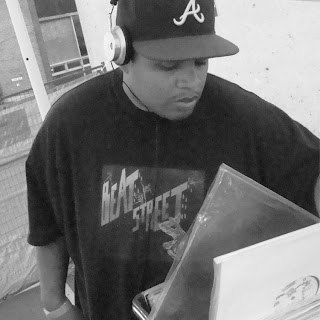 I hope you’ve been following along with my new radio show, The Word is Bond Rap Radio Hour. I’ve been going strong with this program for the past 75 weeks now.

Gamma Krush is the guest deejay for today’s edition of the show. It’s long overdue as well. He and I go way back. In fact, he is the reason that I got into radio in the first place. But to tell that story, we really need to look at our personal history in hip-hip.

When I met Gamma Krush back in 1997, I was actively pursuing a career in hip-hop. I was in the process of recording an album and was looking for a DJ for my crew. I was planning on releasing an EP with them as well but we ended up going separate ways for college and university so those plans never came to fruition.

The crew was pretty active in helping spread the word about my ambitions in this music. One of the members put me in touch with Gamma Krush after giving me a tape of his deejay skills. He immediately became a member of my crew and quickly became my best friend.

We released two independent albums on CD and a 12″ single on vinyl. You can download those Mission 5 albums for free from our bandcamp page.

We moved away from the group for various reasons but never stopped participating in hip-hop culture. Gamma Krush ended up doing a radio show at my old university. I had written for the newspaper when I was there. I also interviewed bands for a community access television program called “Expose Yourself.” And it was for those reasons that he invited me on his show to conduct an interview five years ago.

The rest as they say is history. I was really happy to be actively involved in hip-hop again. Radio is a perfect fit for me. I started producing documentary shows about hip-hop culture and continued interviewing some of my favourite rappers. And this lead me to this new outlet – The Word is Bond Rap Radio Hour.

Press play and enjoy the music!

Gamma Krush can be heard on the radio every week on The Baddest Incredible Hip-Hop Transmission. So, if you liked what you heard here today, visit http://gammakrush.ca to check for his weekly podcast and radio show.