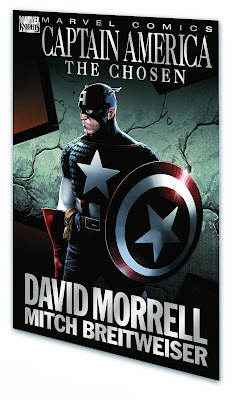 Captain America: The Chosen by David Morrell and Mitch Breitweiser

Ever since Frank Miller’s The Dark Knight Returns, comic writers have been inspired to tell the stories of the final days of our favourite superheroes. Origin stories have always been popular, but now exit stories are becoming all the more frequent.

This graphic novel tells the story of Captain America’s final days. He is a soldier right until the end, but he realizes that sometimes fighting isn’t as important as inspiring others.

The story starts off in Afghanistan and we are introduced Corporal James Newman. He tells us that he’s been fighting in the war for quite some time. “I’m so used to being scared that I’m numb.” 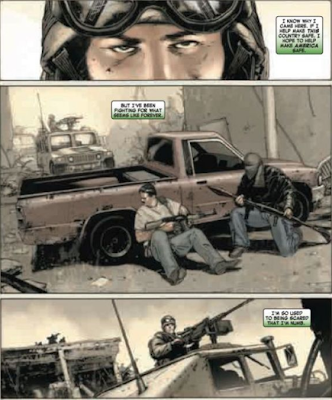 This opening sequence really hits home and shows the harsh realities of war. It seems like the Corporal starts hallucinating when Captain America shows up at his side and helps him save his squad.

It seems like Captain America is dying and reaching out to this soldier via some sort of telepathy. He is inspiring him and teaching him how to become a hero. It’s almost as if he is grooming him to become the new Captain America.

The story is very well done. I didn’t want to put it down. It is inspiring and tells a superhero story that is grounded in the real-life heroes we don’t seem to celebrate as much as the fictional ones in this culture.

I really enjoyed this story and I think you will too.

Gareth Malone and The Power of Choir