Festival of Friends is a completely free festival held every August at Gage Park in Hamilton. It is always a great event. The festival manages to draw some big name entertainment and this year was no exception. Here are some of the highlights from the great acts I was able to catch. 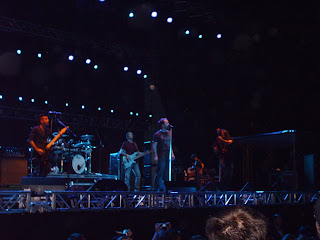 Finger 11 were the big headliners at this year’s Festival of Friends and they certainly packed the park. There had to be over 20,000 people there. It was a great turnout and Finger 11 didn’t disappoint. They had an amazing set and had the crowd singing along to their hits. 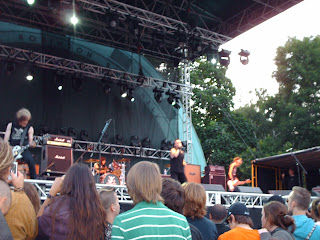 Marky Ramone’s Blitzkrieg put on an energetic show and ran through a brief history of punk rock before the power abruptly cut off. It was really strange. The lights, amps, instruments, everything shut down in the middle of one of their songs. Fortunately though the power came back on within a few minutes and they continued to rock until it got dark. 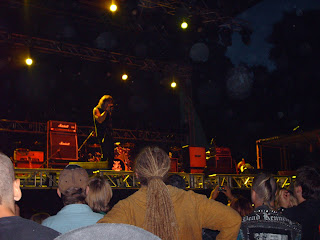 Here’s Marky saluting the crowd after the performance. 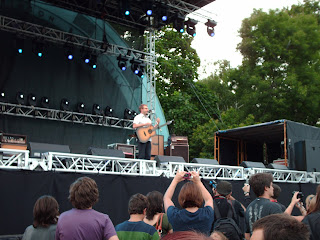 Steven Page entertained the crowd with a stripped-down acoustic performance of his solo material and some of the immense catalog of hits from Barenaked Ladies.

I always wanted to see those guys play. I was hoping to one day soon. Unfortunately, Steven has now left the band and while they continue to make music, it won’t be the same without Steven.

Steven held down a good show without his bandmates and just a single guitar. The crowd sang along and yelled out their requests, which he honoured.

This was the act I was most looking forward to all weekend. I’m glad I got the chance to go. 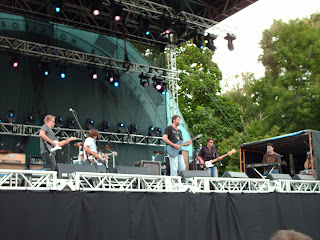 This guy is a high school teacher and man, can he rock. His name is Kevin MacLean and he has established quite the reputation in his hometown here in Hamilton. I can’t believe that I had never seen him perform live before. It was a great show.

I saw the above rock acts with my dad on Friday.

And then on Sunday, my mom and I went back for the country acts. 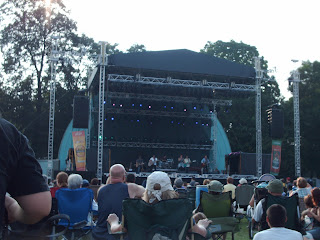 First up was The Wilkinsons. They put on a really excellent show. We sat a little further on the grass but it was nice to be in the shade. It was ridiculously hot Sunday afternoon. 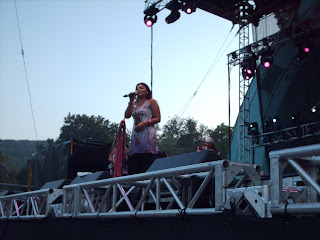 Crystal Shawanda played her hit “You Can Let Go.” She has a powerful voice and a great stage presence and captivated the crowd with a strong set.

We then had to sit through a horrible performance by Leon Redbone while we waited for The Road Hammers to come on. I know that my mom was really looking forward to seeing the headlining country act.

Unfortunately, a lightning storm seemed to swoop over us. We tried to wait it out. It looked like the show might still go on. But then the skies opened up and we got hammered with ran. The lighting and wind kicked up a notch and the show had to be cancelled.

We got soaked walking back to the car. Too bad we didn’t get to see that last show but at least the whole weekend wasn’t a washout. I enjoyed watching these acts perform. And the best part of it all was that it was completely free. We even managed to find free parking only a few blocks away. You can’t beat that.

DJing the London Stop of The Not Guilty Tour