In a recent interview, I asked Eternia why there aren’t more women in rap. This is what she had to say,

“I don’t believe that there is actually a lack of females in hip-hop. I think there’s a lack of coverage, oftentimes. I think that getting ourselves out there with multiple full-length albums, there is a lack of that with female MCs. But when it comes to every city, when it comes to every place I go, I find a multitude of females MCs everywhere I go who are doing their thing, holding it down, throwing events, on the radio, and actually doing things that MCs do to promote themselves in every city that I go to. So I know a lot of female MCs globally.”

The truth is that there are a lot of women in rap. We just don’t hear them. They simply don’t get the media attention. Hip-hop seems to be a male dominated art form, which is a shame because there are some amazingly talented female rappers out there.

I’m in the process of putting together a Ladies Night Spectacular for DOPEfm. Our goal is to do an entire overnight show that puts the focus entirely on the women who are making and performing hip-hop music.

I have a fair amount of female hip-hop that I can play during the show but not enough to fill the entire 7 hours of programming we do each and every week here at DOPEfm. So I started researching and looking for female rappers and what I found surprised me.

Eternia was right, there are tons of females in hip-hop.

A reader commented on one of my posts and suggested I check out Dessa. Thank you Adam! 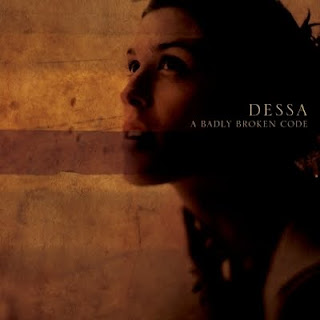 I had never heard of this amazing artist before that. I searched her out because of Adam’s comment and was simply blown away by what I heard.

Dessa’s A Badly Broken Code is an amazing album.

I would be doing Dessa a diservice by comparing her to any other artist. She spits great underground hip-hop with witty and clever lyrics. She also sings on tracks that have a neo-hip-hop-soul-jazz sound. In this aspect she reminds me of Lauryn Hill.

The album is sonically beautiful and captivates from start to finish. I will definitely being playing her music on the show and I won’t wait for the Ladies Night Special either. She deserves to be in constant rotation of any respectable hip-hop show.

Here’s the video for “Dixon Girl” Check it out, and then go support this amazing artist.