FanExpo celebrated its 25 Anniversary this weekend and I had a blast. 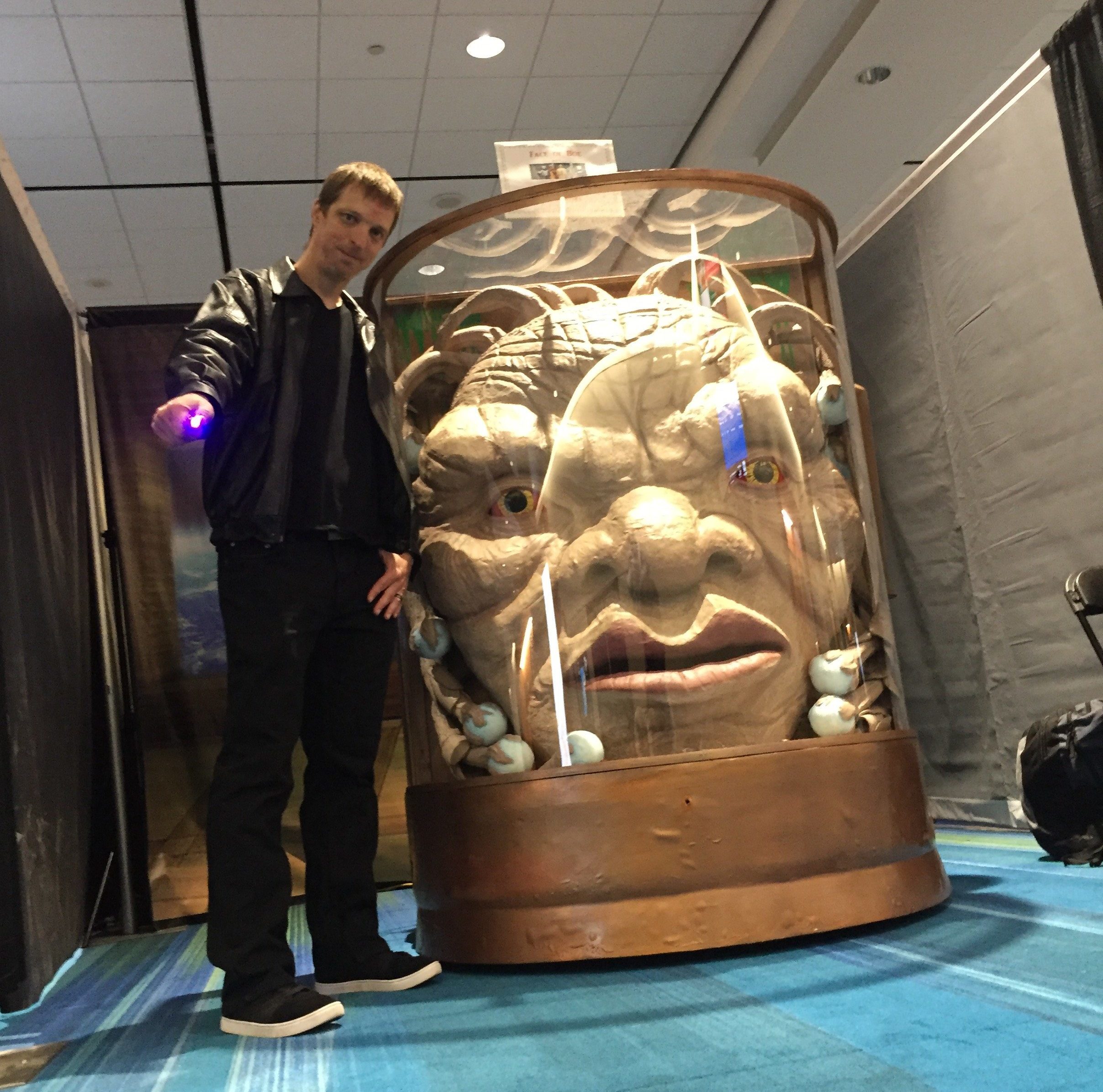 The Doctor Who Society always has props that you can get your picture taken with. This year, they had the Face of Boe there. So, I donned my 9th Doctor costume for this photo-op. 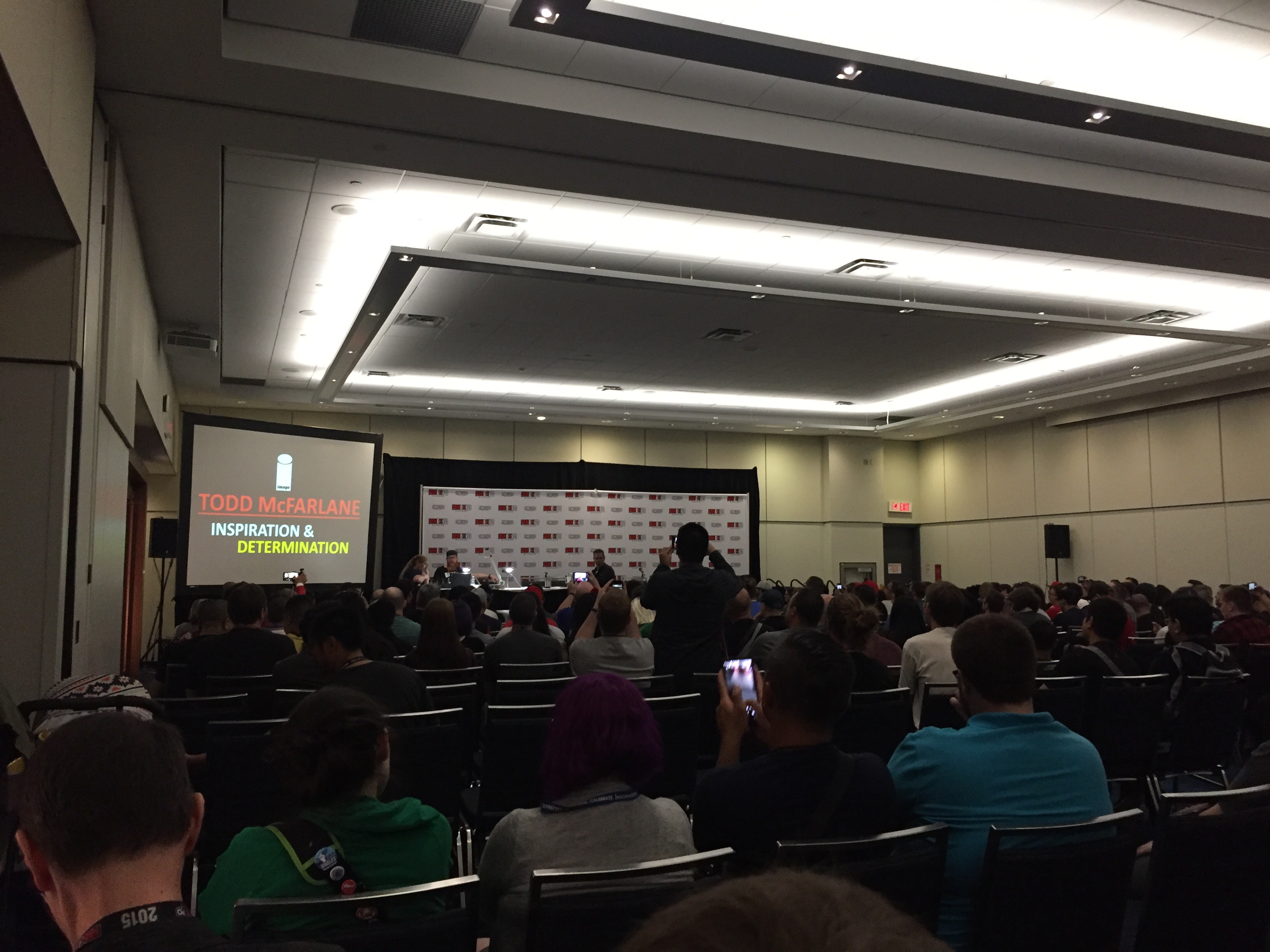 One of the highlights was getting to see and hear Todd McFarlane speak.

Normally, you get to the panel and the guest of honour is sitting on a stage behind a desk. I was shocked to see him standing at the door as we all fell in line to get into the hall. He shook everyone’s hand on the way in. That was really cool. 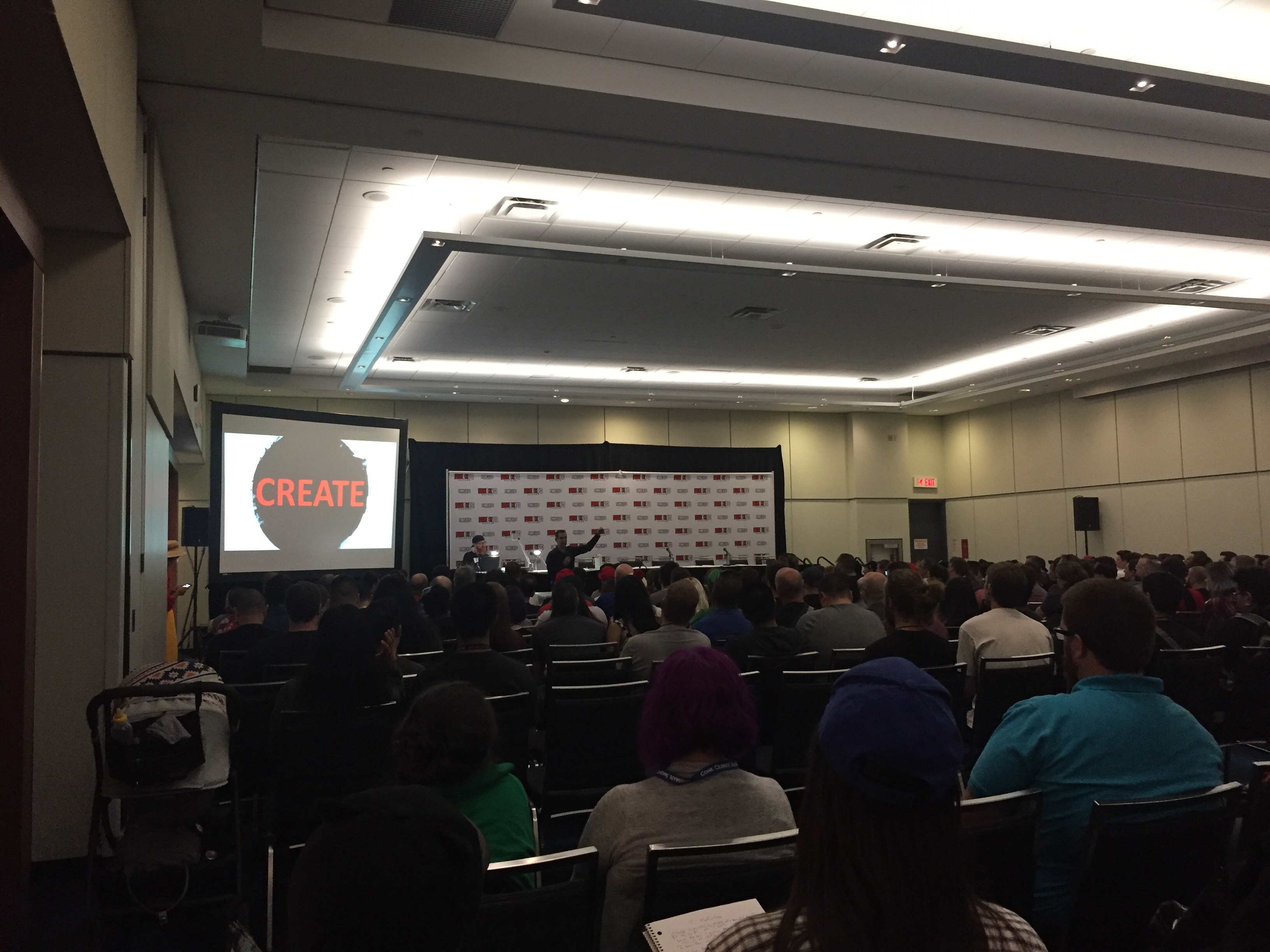 He didn’t sit behind the desk at all. He stood at the front of the room and was energetic and inspiration. 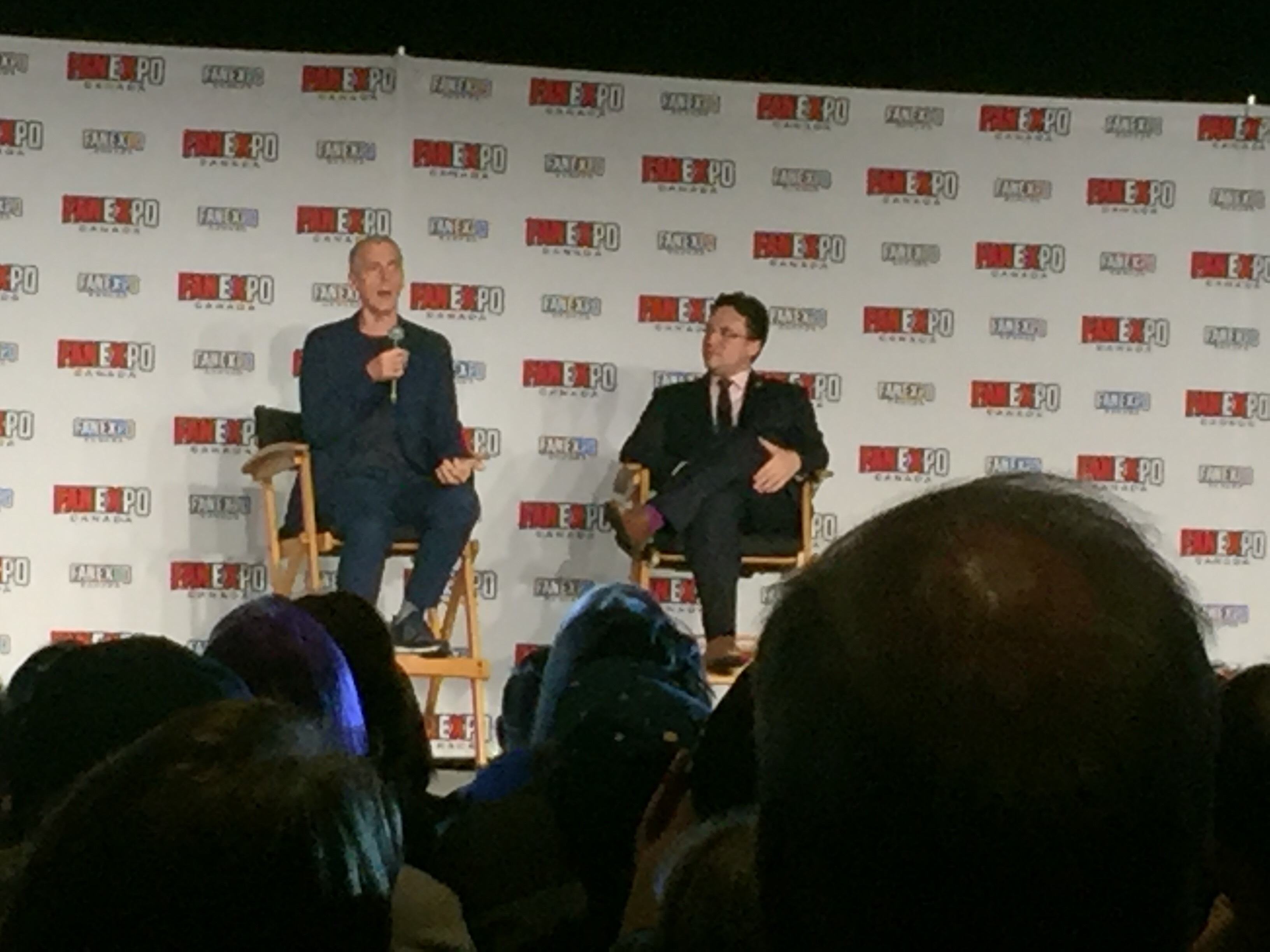 Peter Capaldi was brilliant in his panel. I apologize for the bad picture. I can never seem to get a good one with my phone. I think it’s because of the white backdrop.

One of my favourite parts of this panel was when a fan asked him about improvising on the set of Doctor Who.

He said, “We didn’t really improvise because we were proper actors . . . We were given these rather wonderful scripts. She was given a wonderful script and a wonderful speech. Alex [Kingston] is a gifted enough actress to be able to tell whatever story she likes with whatever words she’s got.

Really? Why don’t you make it work?”

You can see this around the 40 minute mark of this video.

I got a new figure to add to my Daredevil collection. 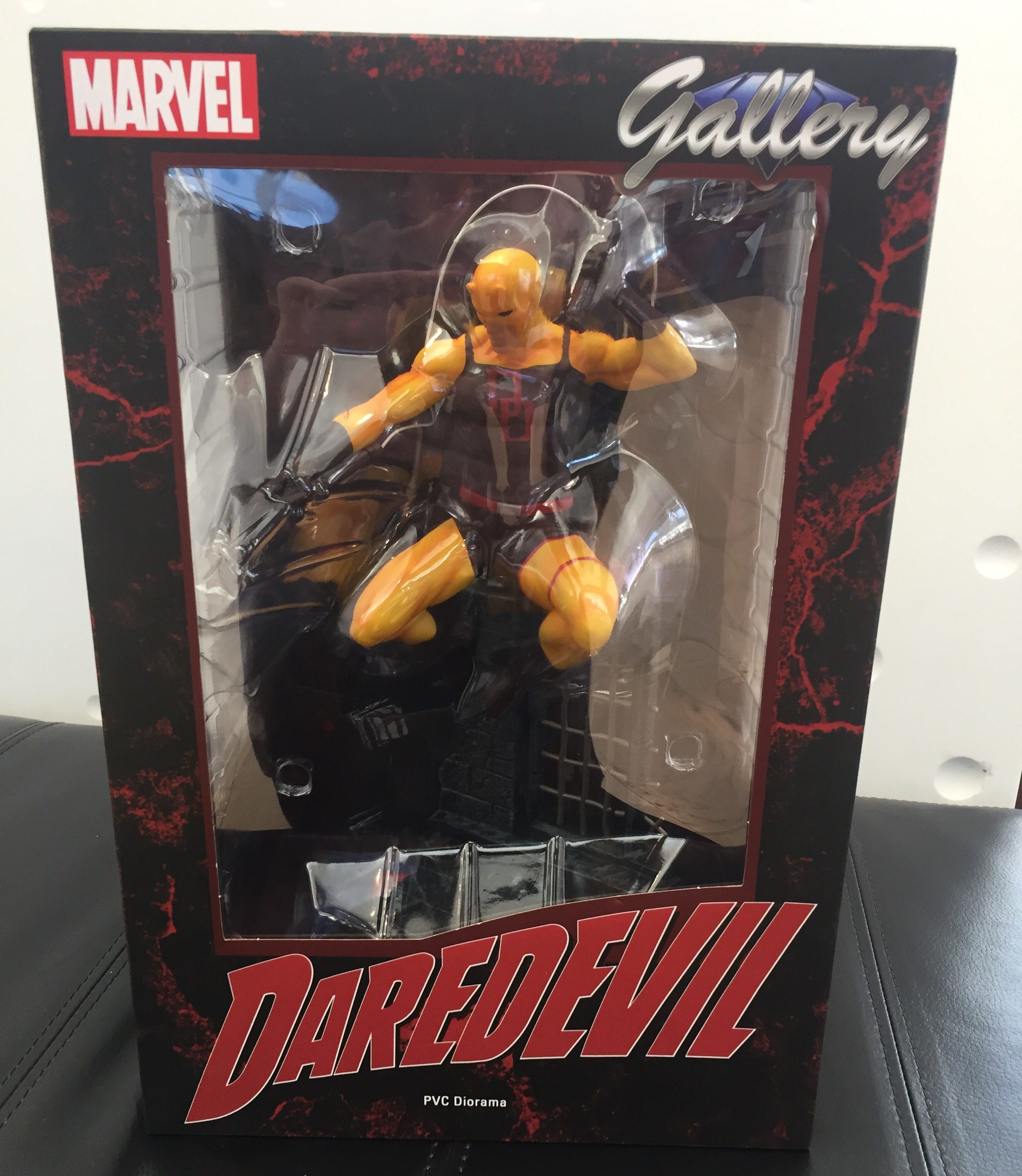 I bought it just as the convention was coming to a close and was able to get it at a discounted rate. 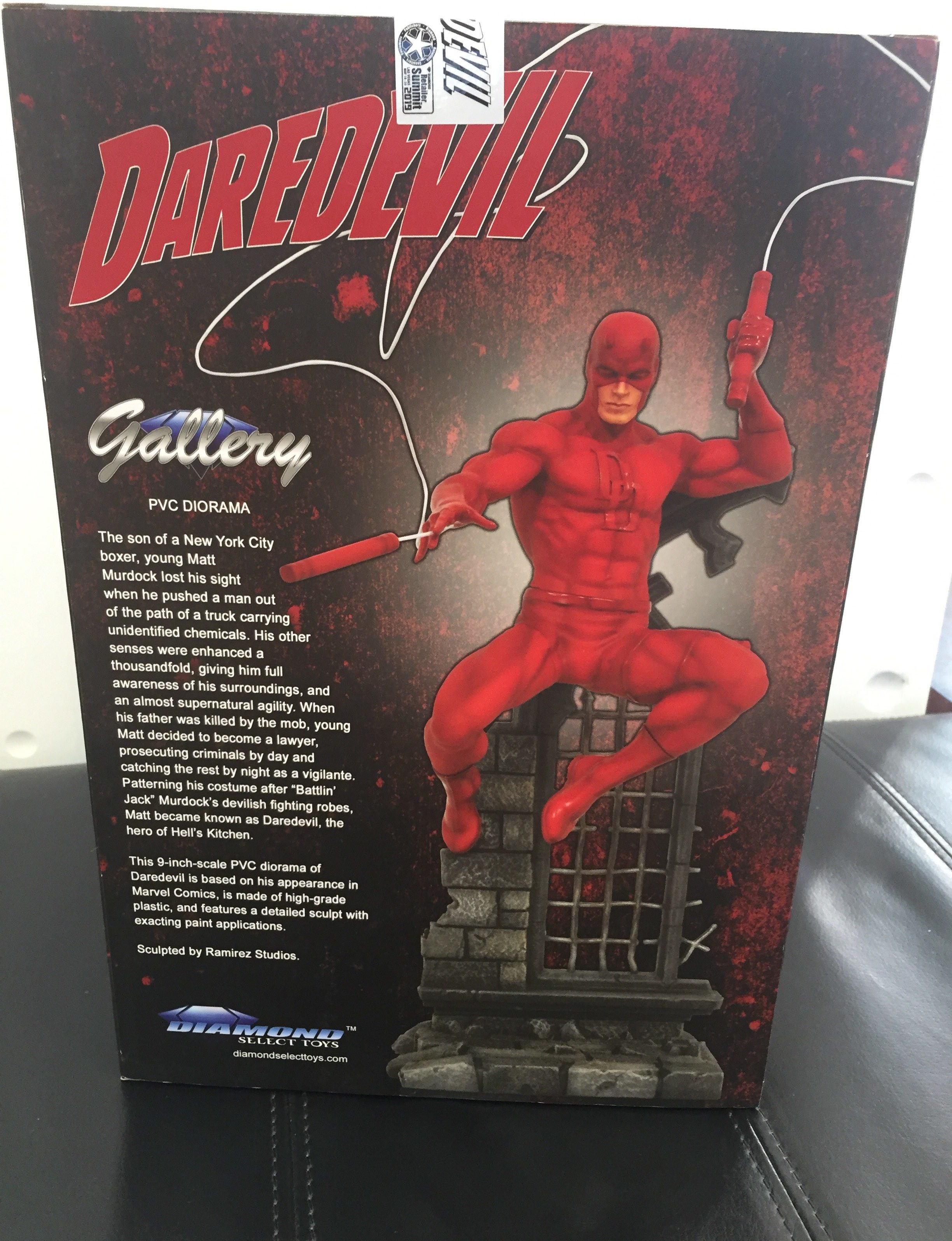 There were two figures at this booth. One was in his traditional red costume, but I opted to go with the original yellow. 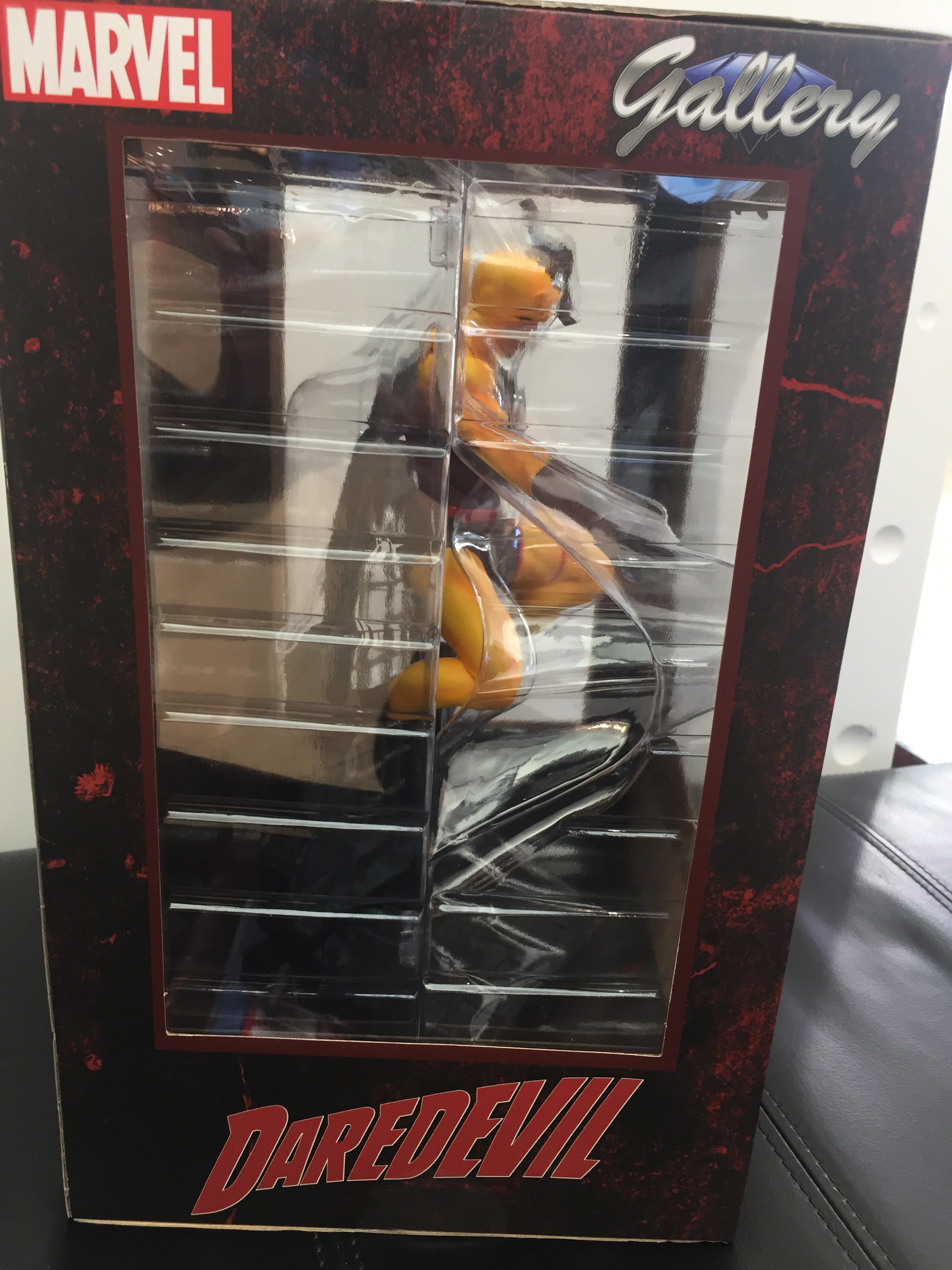 On the way home, I took a closer look at my prize and realized that I really scored. 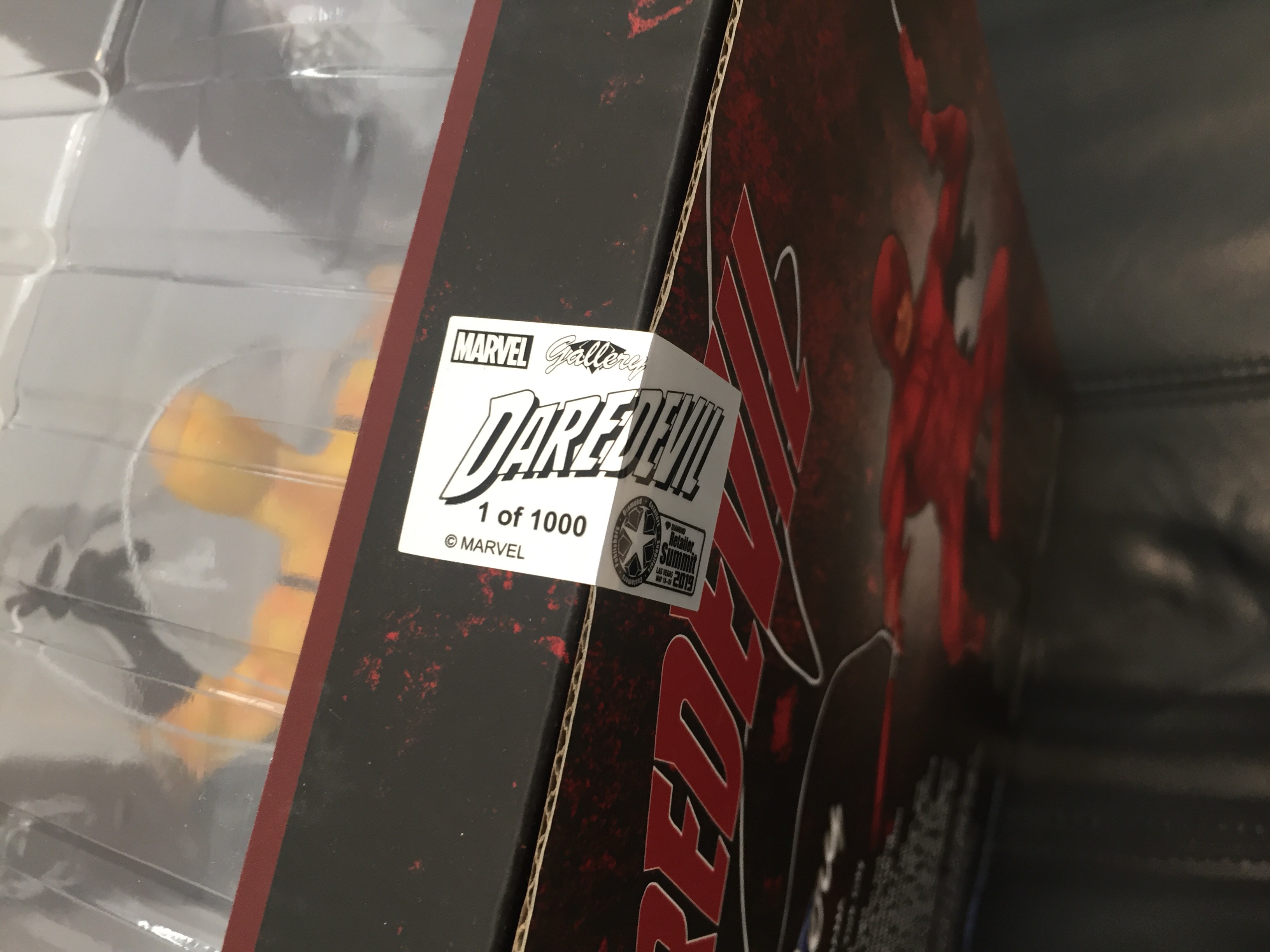 I was sure that I had the first in a limited series of 1,000 figures.

Unfortunately, after publishing this piece, I found out that these figures haven’t been numbered and all have that same sticker. That means each sticker says 1 of 1000.

I’m not happy about that. I think they should’ve worded it differently. Instead of “1 of” they could’ve wrote “From a limited run of 1000” or something like that. 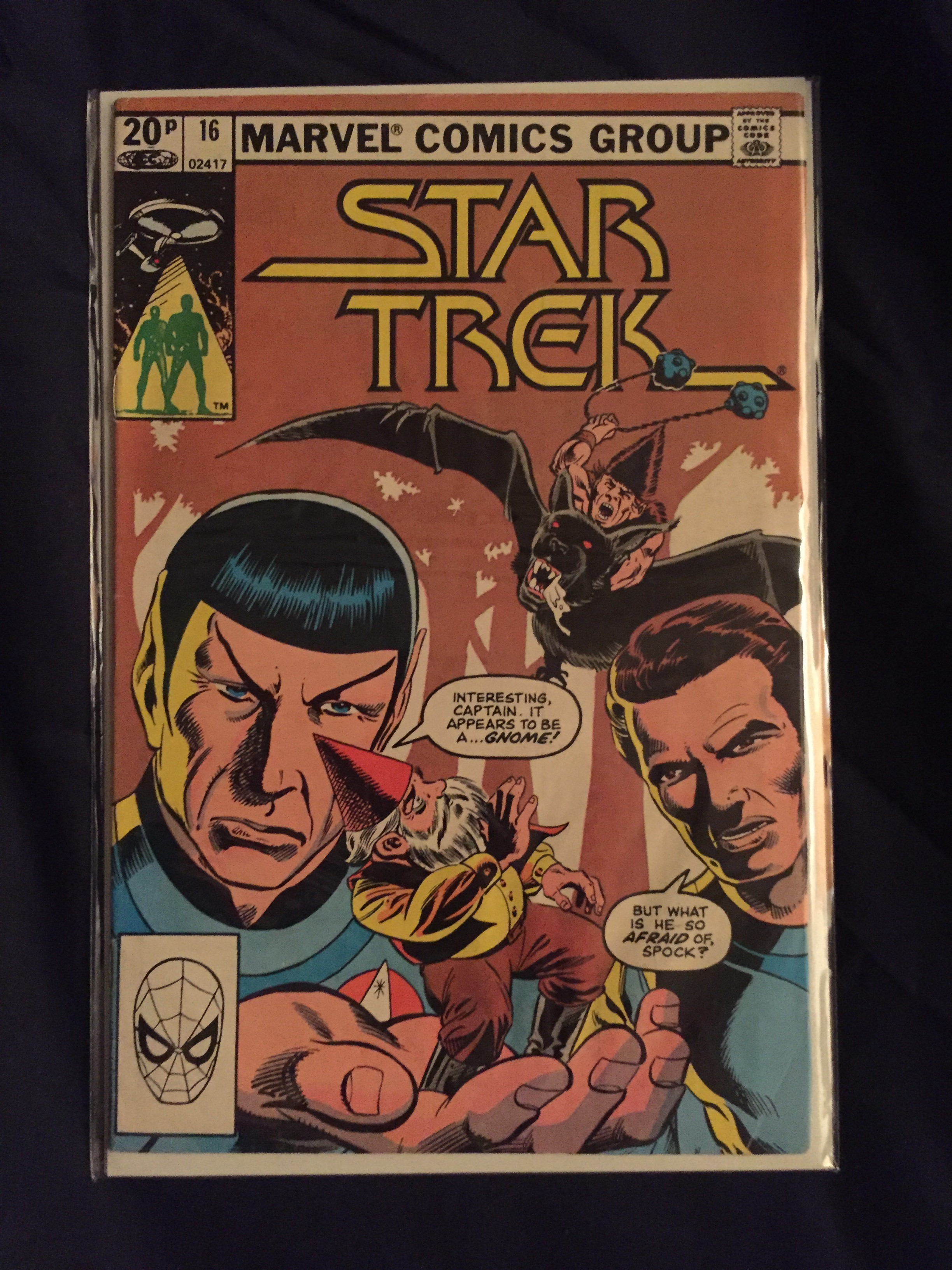 I also managed to get the only issue of the Marvel run of Star Trek comics that was missing from my collection. 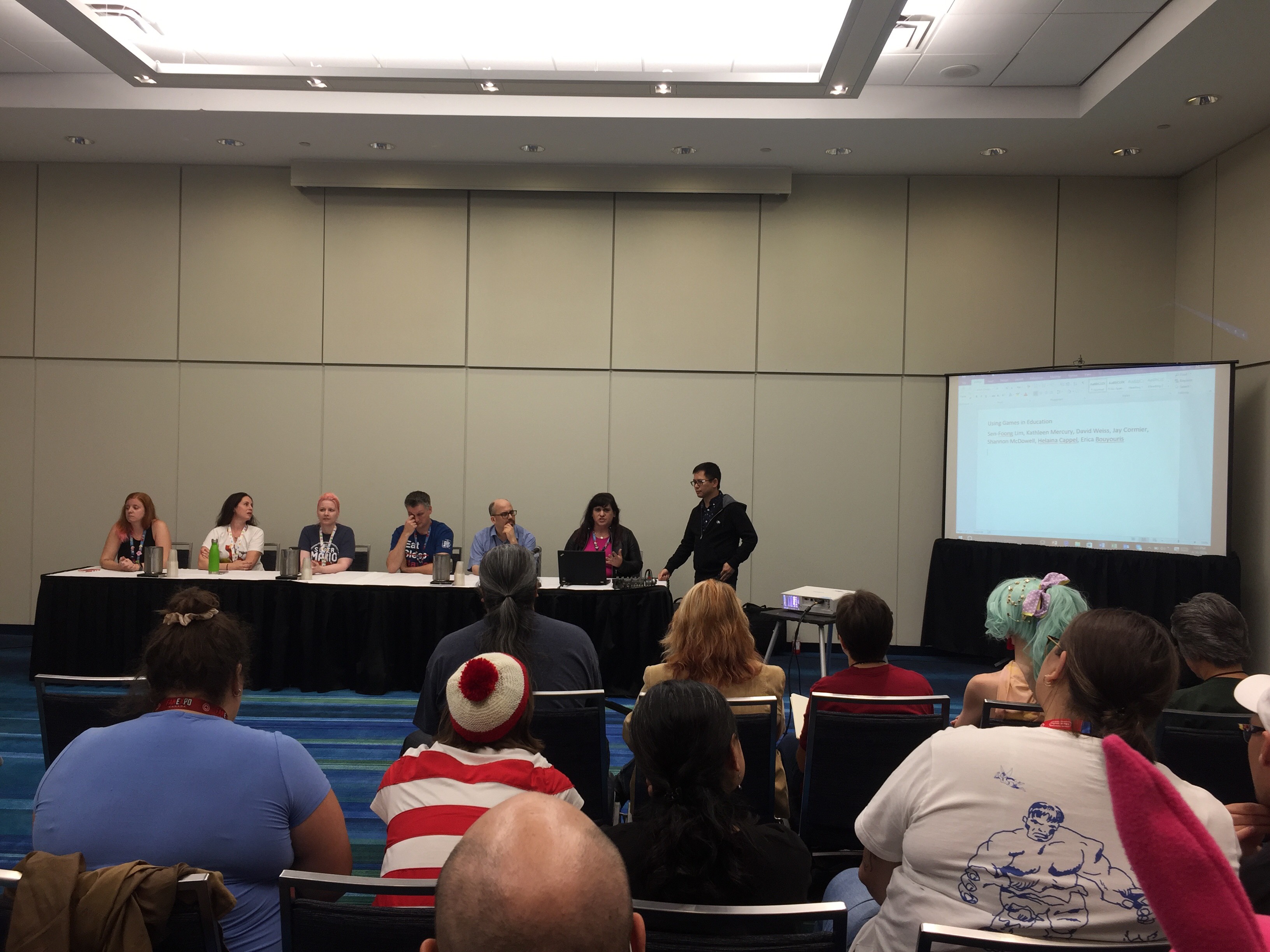 I even got to a panel about using games in education. It was very informative. I took some notes and plan to use some of this stuff in the classroom and in the library.

Oh, and I found Waldo too.

What a great day at Fan Expo!

The Beatles – All Our Yesterdays (Graphic Novel)

This Spider-Man Series is Miles Above Other Titles