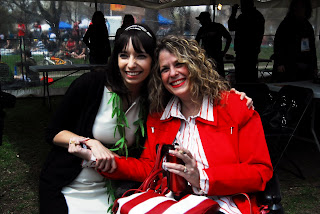 Chase: “Alright everybody, Chase March here with Alison Myrden at the Toronto Freedom Festival. You can download this interview to listen to whenever you like, you can stream it with the player below, or you can just continue reading.

So, how’s it going Alison?”

Stop Reflecting Blame (Keep Your Dog on a Leash)

What I’m Thankful For