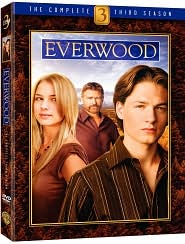 Everwood is hands-down the best television series I have ever seen.

I watched it during it’s original run and was captivated for all four seasons. When I saw that it was available on DVD, I ran out and bought the first season.

The other three seasons never came to DVD and it saddened me that I would not be able to rewatch this brilliant television series in its entirety.

I had to wait a few years but I managed to find an unofficial box set of the series. There were 20 discs containing all 98 episodes of the show. 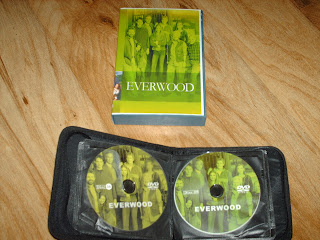 Whoever put this set together, did a really good job with it. As you can see, the discs are screen-printed and numbered. They came in a box with a nice cover as well.

The only problem was the quality of the episodes themselves. They were taped from the original television broadcasts.

I spent a fair amount of money on this set but it certainly was worth it. I was happy to have the complete series and I actually watched it all the way through three different times.

Now that the studio has officially released the other seasons, I have bought them again. Season 3 is my latest addition to the collection. Season 4 comes out next month and I have already pre-ordered it.

My girlfriend and I have been working our way through the entire series this summer. She will get to watch the official versions with picture-perfect quality. That is how this series should be seen after all.

What Happened to Pan and Scan?