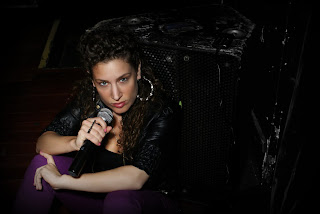 I hope you’ve had a chance to listen to this interview. Eternia is just fire on the mic, controls the crowd when she hits the stage, is a cool down-to-earth person, and drops amazing hip-hop.

Case in point is this track, The BBQ Remix featuring Jean Gray and Ty Pheonix from the album “At Last” by Eternia and MoSS.

Thanks to Thom Payson of Total Productions for the great photography you’ve seen here all week.