I was able to see some of my favourite stars at Fan Expo last weekend. It was hard trying to figure out a schedule where I could see and do everything. But I am happy with how the weekend turned out. 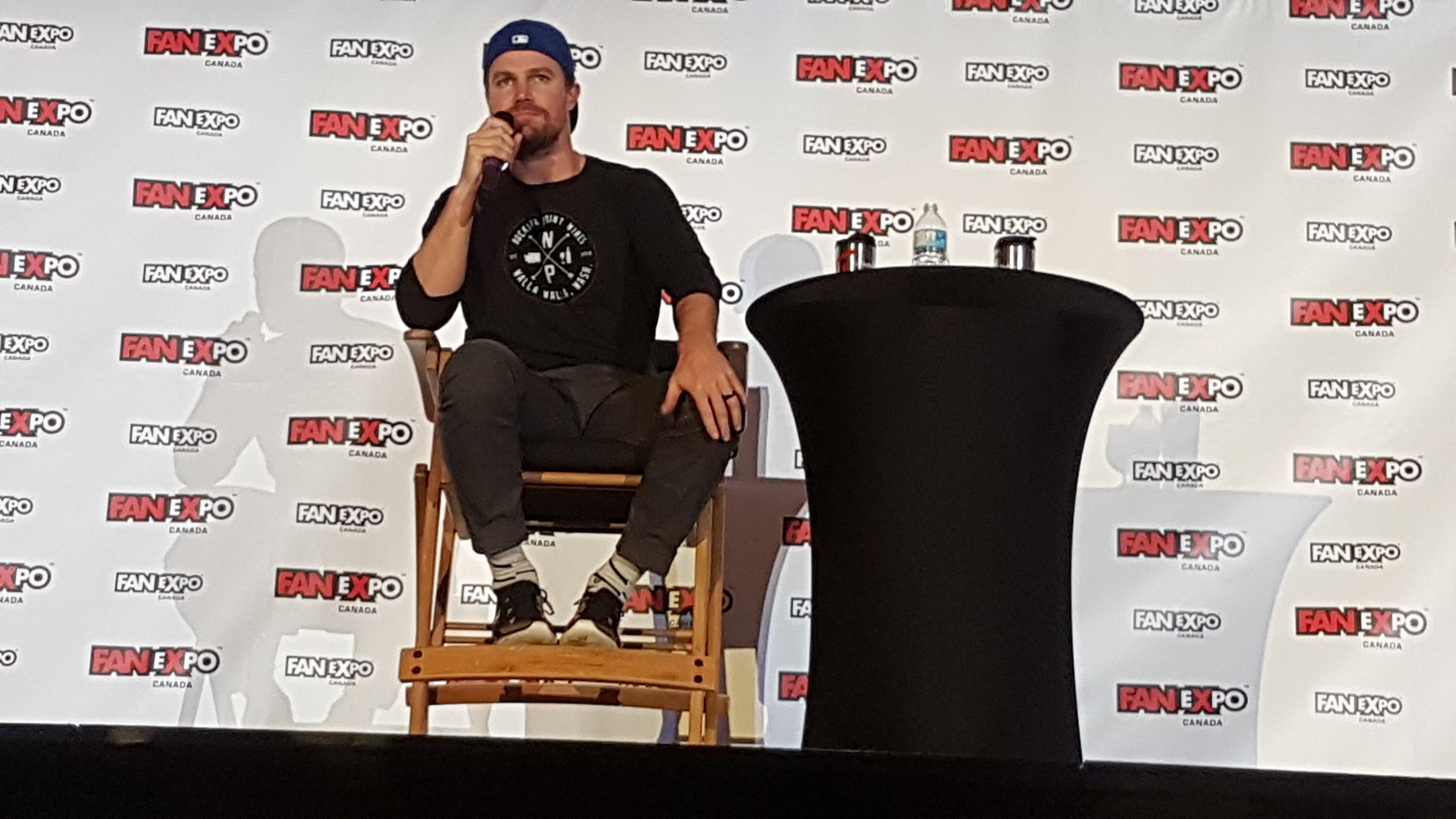 Stephen Amell, who plays Green Arrow in the television series, Arrow really impressed me. He was so down to earth, answered fan questions thoughtfully, and shared memories of growing up in the area.

One fan, called him Mr. Amell and he told the audience that he didn’t like to be called mister or sir. A few minutes later, we heard a voice coming over the micriphone that addressed him as both. It didn’t seem to be coming from the main question microphone either. 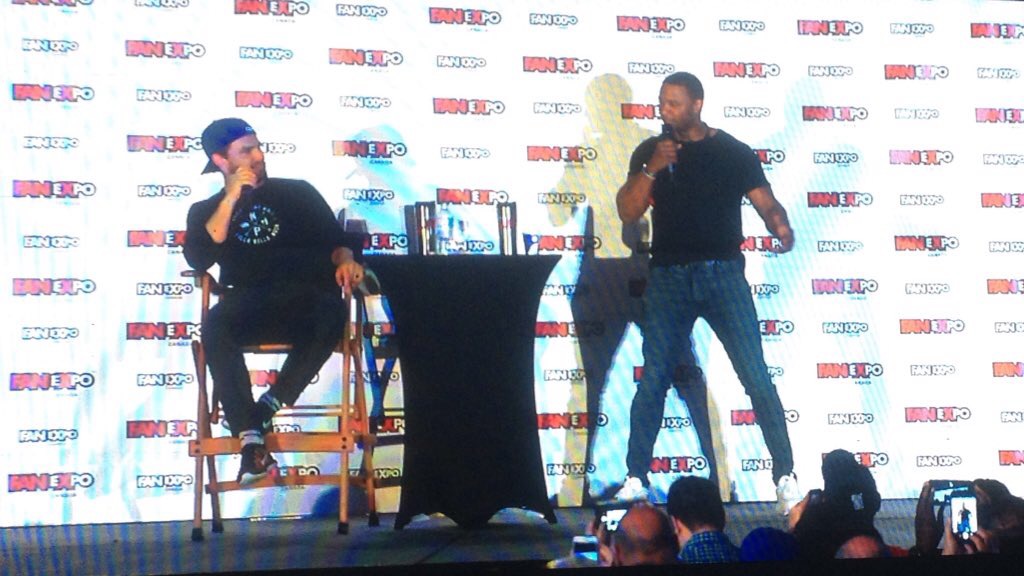 The crowd erupted in applause and cheers when we finally figured out what was happening. Amell’s costar, David Ramsey, came out on stage and stayed for a few minutes. It was nice to see them both on stage at the same time. 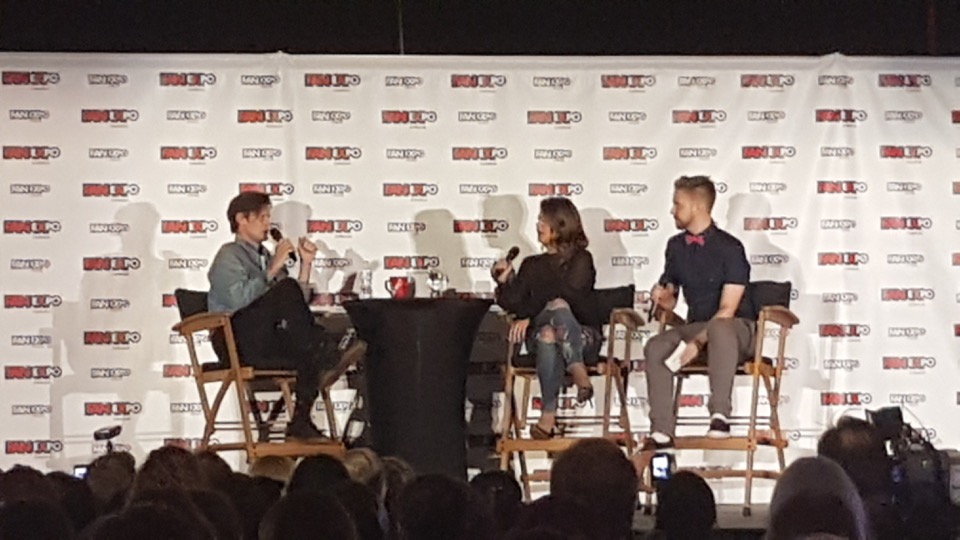 Matt Smith talked about his time on Doctor Who and his current series, The Crown. There were lots of people dressed up in his version of The Doctor. It would have been nice to see some of the other Doctor Who stars show up, like what happened in the Arrow panel, but that is very rare. It’s hard to organize their schedules to make that happen. 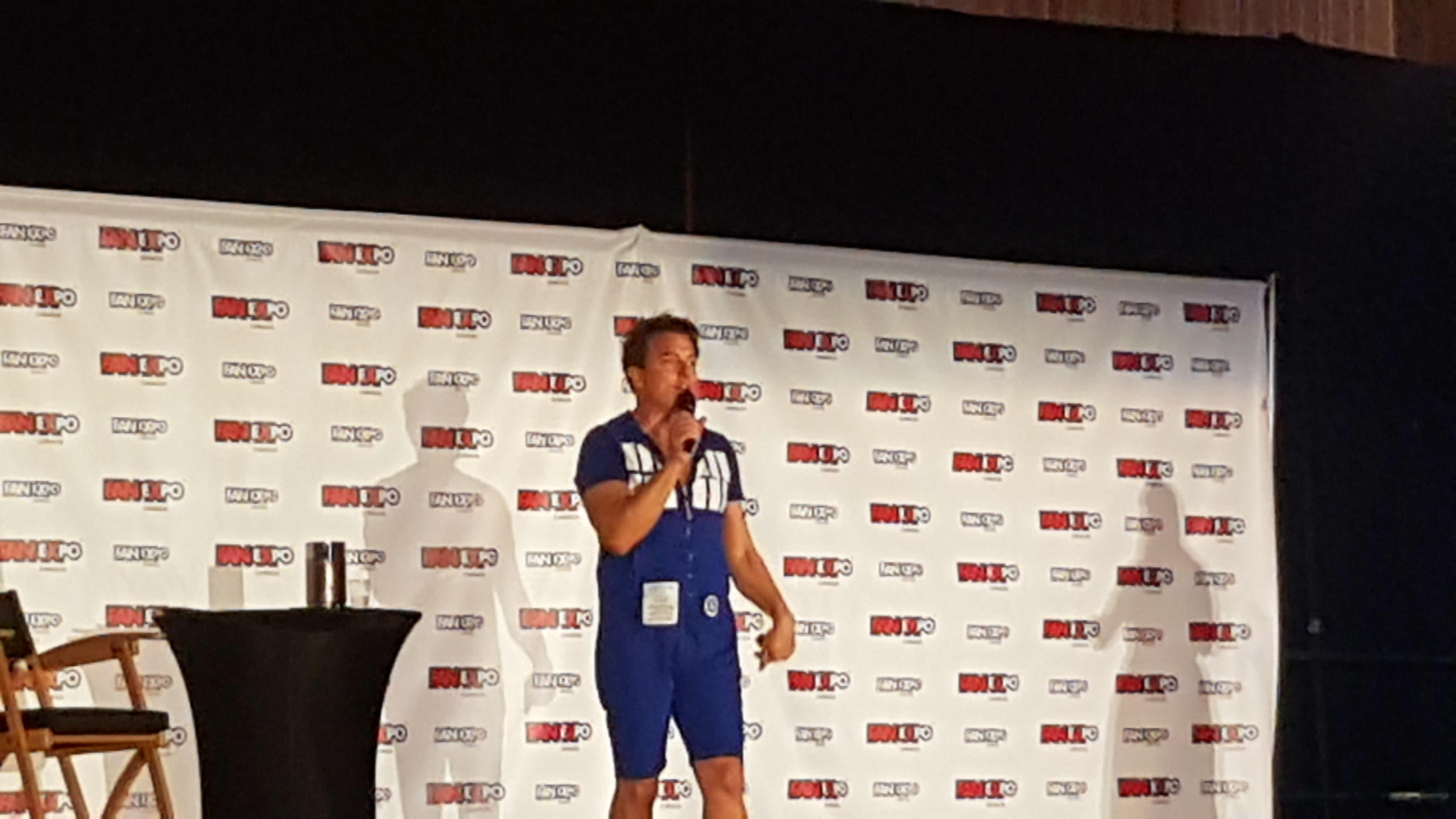 John Barrowman was only in Toronto for a limited time. He actually did more than one convention that weekend. But he took time to connect with the fans, not only during the panel, but during his photo-op and autograph sessions. I wish I could have met him. He is such a larger than life presence and his panels are hilariously entertaining. 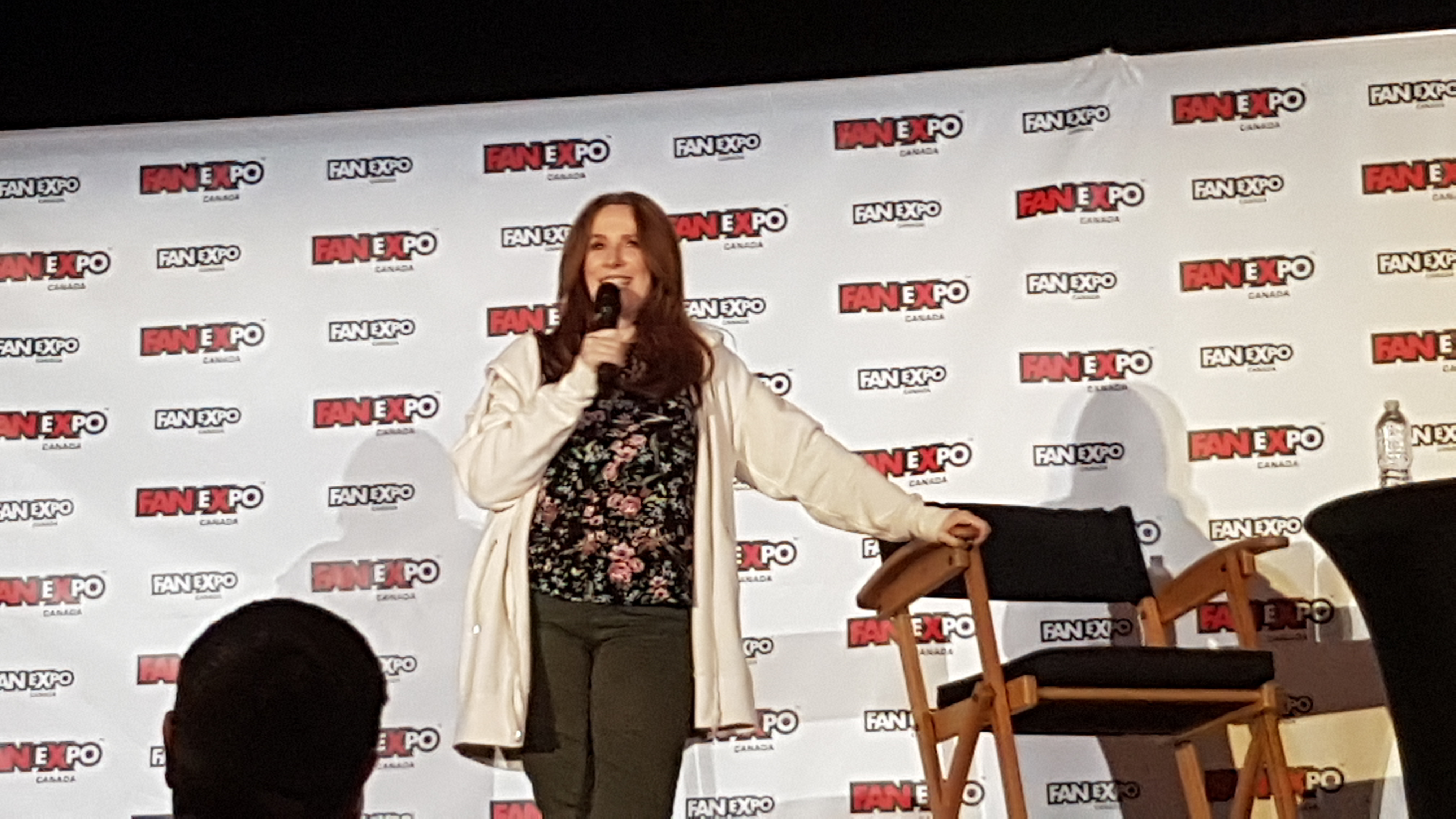 Catherine Tate really blew me away. She was provided with a moderator but carried on what was pretty much a one-woman show. She never sat down. Her energy and enthusiasm really stole the show. 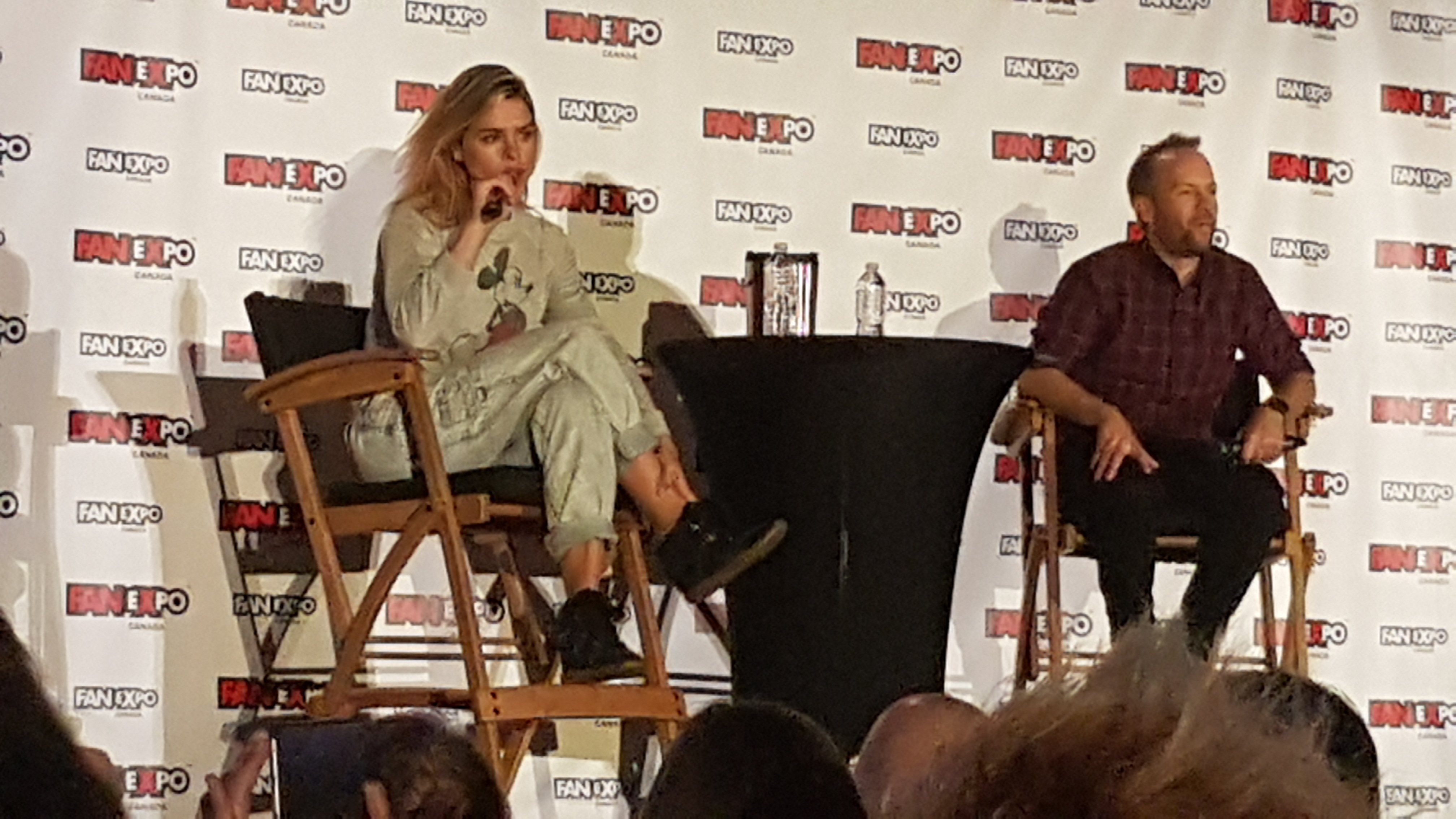 I was really looking forward to seeing Billie Piper as she is one of my all-time favourite Doctor Who companions. I haven’t seen her other series but plenty of people had. The conversation touched on all aspects of her career, including her pop star years. I hadn’t even made that connection before. I vaguely remembered the singer Billie, but I didn’t know that the singer and the actor were one in the same.  It was cool to find out more about her in the panel.

I managed to find videos of each of these panels. I you want to see the panels again or watch them for the first time, click the link below.