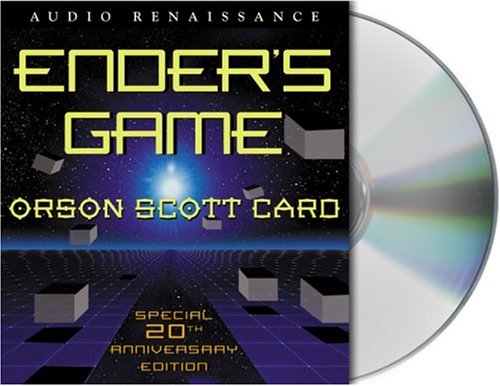 Ender’s Game is one of the best novels ever written, in my humble opinion. It is a brilliant science fiction masterpiece that sparked an entire series of books.

The movie version of the book has been a long time coming. In fact, in the afterword of the audio book, creator and author Orson Scott Card suggested that a movie wasn’t even necessary. Everyone would tell him, “That book is so good, it ought to be a movie.”

To which he says, “Think about it for a minute. It’s already a book.”

He continues, “In America today, film is the premiere art-form. Anything that we think is wonderful, we want to turn into a movie so that it can be made perfect. That is what we view as the epitome of the storytelling art.” 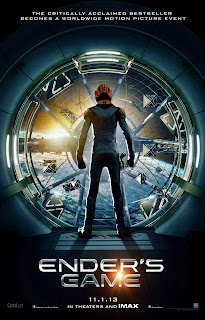 I went to see the movie on opening night last week. I hadn’t done that in some time. I had high hopes for the film adaptation but knew in my heart that it probably wouldn’t be able to match the original source material. I was wrong.

Halfway through film I found myself yearning for the sequel before the film was even done. That hardly ever happens.

The film did a good job of adapting the novel. Although, some of the dialogue seemed to come a bit early. A few times, I said to myself, “Why is that happening already?” That being said, it worked for telling the cinematic story.

I loved Valentine, played by Abigail Breslin. I really want to see her again. Hopefully Speaker for The Dead will get made into a movie next. I actually like that book more. That’s rare too – a sequel that surpasses the original. That’s almost unheard of.

I lost myself in the story and enjoyed every minute of it. It would have been nice to have it unfold in a television series though. The Walking Dead has done an excellent job doing just that. The television universe would allow for things to be paced out a little better and emphasize the emotion that really spoke to me in the audiobook.

Card even admits that he writes for the oral tradition, which makes the audio book the definitive edition of the story. It is the “acme of the storytelling art,” not the film.

He says, “When I’m writing books. I’m not really writing prose. What I’m doing is that I am improvising an oral performance. My narration is meant to be read aloud. My stuff needs to be read aloud.”

Listen to his thoughts on the topic from the postscript to the 20th Anniversary Edition of the audio book with the player below.

And then, Go See Ender’s Game – Let’s show the studio execs and powers that be, that this can be a successful film franchise. I am yearning for more. Hopefully we will get it.