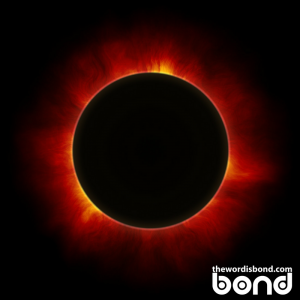 The moon tried to black out the sun and everyone looked towards the sky to witness the total solar eclipse this week.

That same night on Word is Bond Rap Radio I did my best to eclipse all other playlists and podcasts with two hours of underground hip-hop mixed live on the radio.

Records passed in front of each other, like the moon and the sun. They played together to create transitions and blends. It might not have been as visually stunning as the celestial event but it wass audibly pleasing and it’s just as worthy of your time.

Show Me (I mean, Radio Western) the Money