Dre Specz is a rapper from Flemingdon Park in Toronto who spent his teenage years in Scarborough. His music reflects the highs and lows he’s experienced in his life. It’s best described as “hardcore street music with a twist of consciousness.”

Dre Specz has released several mixtapes and features over the past dozen years and is set to release his brand new album “Intellectual Violence” through Mooncrickets and Oracle Recordings.

In anticipation of the new project, he is hitting the road for a tour of Southern Ontario. Things get kicked off with a star-studded show on Friday December 13th in London, Ontario. 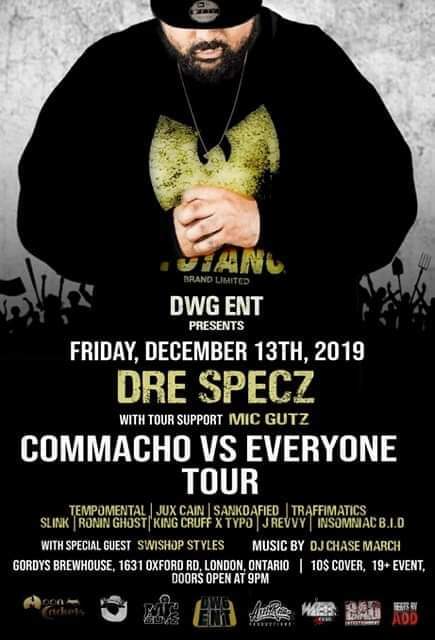 You know you can expect a great show when DWG Entertainment puts it on.

This tour will be coming to Hamilton on January 17th, Barrie on January 18th, and Niagara Falls on January 31st, with more dates to be announced. If you want us to hit up your city, please hit us up.

We hope to see you there.

The Easiest and Hardest Word to Say