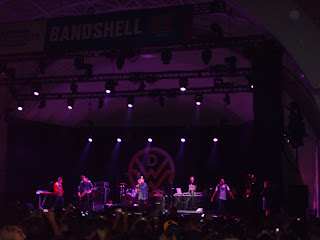 Chase: “So, Down With Webster, what’s behind that? Where did the name come from?”
Cam: “ A bunch of twelve year-olds-”
Pat: “Trying to make a name at the end of band class. We were at Tyler’s house after our first rehearsal, if you want to call it that. I guess we took a break to eat some lunch and the 80’s show Webster was on TV and we were watching it and thought it was funny. We thought, “That guy’s cool. How can you not like that guy, that little Wesbter kid?’ So we were like, ‘We’re down with that guy – Down With Webster.’ And we never really thought about it again. And by the time we ever even considered the name, it was just so embedded and everyone knew it.”
Cam: “It was too late. By the time we realized it, it was too late.”
Chase: “Well, that was where my brain went when I first heard Webster, was the old TV show.”
Cam: “Yeah, some people think we want to burn dictionaries or that we hate Emanuel Lewis. Nah, it’s nothing that intense.”
Pat: “It was quick, it was easy.”
Cam: “It’s got a certain ring to it. That’s all that matters.”
Pat: “Once people remember it. I’ve heard all kinds of variations. Up With Winston was a good one.”
Cam: “Yeah, my dad called us Up With Winston for about a year.”
Pat: “So what’s the name of that band? Down With Webster. Once people started remembering it and started calling it D-dub. By that point, it was over.”
Chase: “Yeah, and youve got your nice little DWW logo that kind of looks like the Volkswagon logo.”
Cam: “It totally looks like the Volkswagon logo. It’s awesome.”
Pat: “No it doesn’t! What are you talking about.”
Cam: “We’ve never even seen the Volkswagon logo?”
Chase: “Anyway, we’ve been talking for a while. We should spin one of your songs. I want to spin “Your Man”
Cam: “Alright do it up. For all the girls out there, the ladies.”
Chase: “Alright, Daddy J spin that track and we’ll be back to talk some more with members of Down With Webster.”
Chase: “Alright, that was ‘Your Man’ from Down With Webster. I was just watching that video the other day with my girlfriend, and I laughed, ‘I love that line right there.’  The one, ‘I had a crush like an empty soda can.’ That’s a cool verse.”
Cam: “Aw, thanks man. I like that verse a lot too. I was wondering if it was too sugary. Ya know, it’s a love song. It was written for a girl. I had made the beat and come up with the rough chorus before I played it for anybody in the band. I was like, ‘I can’t even play this in front of the guys. They’re gonna make fun of me. And then people liked it. I feel that my verse was really good and anyone who’s into rap or what I’m into, is gonna get it.”
Chase: “Yeah, ‘cause I like to focus on lyrics and quite often in pop songs, it’s like nothing.”
Pat: “It’s pointless, like, ‘I’m going to the club.”
Cam: “Like just filling up space. Filling up 16 bars without saying anything, which is never cool.”
Chase; “I agree. Later in that song, one of the other guys says, ‘2 days ago, 2 weeks ago, 2 months ago’ and then he goes forward ‘2 days from now, 2 weeks from now, 2 months from now.’ I thought that was a great little formula there.”
Cam: “We do put a fair amount of time into our lyrics, which I think is strange for a group that a lot of people label as pop. It’s not something a top 40 act often does. So, it’s cool. I’m glad people are liking it.”
Chase: “Another lyric you have, in a different song, that is very hip-hop is ‘I’m trying to get paid for what I say on stage.’ That’s hip-hop right there.”
Pat: “I mean lyrically, that’s all we listened to growing up. That’s where we learned how to write records. Even when I sing, a lot of what I end up writing, calling my verse, you can take the melody out of it and rap it.”
Cam: “You’re like a white Nelly with a little deeper content.”
Pat: “Lyrics were all we did for a long time. I think the fact that we combined other elements of music when we started playing in clubs-’
Cam: “Yeah, ‘cause lyrics are cool but sometimes it’s good to just shut up and-’
Pat: “Put your hand ups. Go! … But I think a lot of people we were originally shopping our record to didn’t A) Get the fact that it was not one genre, and B) Didn’t necessarily get that we were trying to be lyrical. We wanted to have something that you could listen to ten years later and say, ‘Wow, that was really well-written’ and not just going along with the hype of the day.”
Chase: “That’s awesome!”
Cam: “We try.”
Chase: “From word of mouth and Twitter, I hear you guys have a really energetic, awesome live show. I can’t wait to see that. We’ll be in the crowd bouncing along. Definitely. I know you guys gotta go. I wish I could talk to you longer. But we’ll spin a couple more of your songs now. It’s been great meeting you.”
Cam: “Yeah, man. Same!”
Pat: “Thanks for having us.” Thanks for listening. Remember that you can download this interview too. Subscribe to our podcast as well, for all the best in artist interviews, dope mix sets, hip-hop history segments. Best of all, it’s totally free.  DOPEfm and Silent Cacophony always come correct. Ya know it!

Mash-Ups are All Around Us