Last month, I was given the key to the city, sort of speak. It was the annual Doors Open event in London, Ontario. I was able to visit 9 different tourist attractions and sites of interest. Here are a few of the highlights. 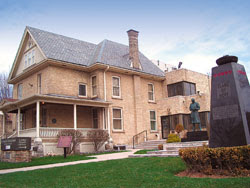 Sir Fredrick Banting woke in the middle of the night and scribbled down an idea that lead to the discovery of insulin. The house where he made this breakthrough is an historic site. Outside, in the square, a flame of hope burns for all of those people afflicted with diabetes. It will be extinguished when a cure is finally discovered.

Inside, we can see some of his paintings and artwork, we can learn of his time in the Armed Services, and we can see where he woke and scribbled down his now famous twenty-five-word thesis.

The Secrets of Radar Museum 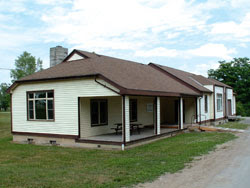 This quaint museum is located in a post-war cottage off of Westminster Ponds. They have some old technology there and knowledgeable staff and volunteers to guide you through the exhibits. 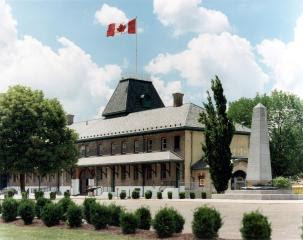 There are lots of things to see and learn about the history of several wars here including the Northwest Rebellion of 1885, South Africa War, the two World Wars, Korea, and the peacekeeping missions all over the world.

The Museum of Ontario Archaeology 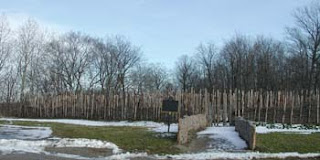 There was a First Nations Pow Wow going on all weekend long. I was able to try my hand at soapstone carving. It was quite interesting to see the dances and drumming. I actually spent the afternoon outside in the First Nation village and never got the chance to go inside to the museum.

All in all, it was a great event. I look forward to it every year. There are also a lot of events to take the kids to as well. I have also found out that this event is run in several different cities annually as well. Perhaps next year, I could go do some touristy stuff in a different city.