Doctor Who – The Road to the Thirteenth Doctor

The Tenth, Eleventh, and Twelfth Doctors all have continuing adventures in the comics and they are about to be joined by their newest incarnation. While the Tenth and Eleventh Doctor have new, comics only, companions, the Twelfth Doctor still travels with Bill Potts. They all go on small adventures in this graphic novel that paves the way for the new series. The Thirteenth Doctor doesn’t appear in this issue but the events that take place in the first volume are set up here.

The Thirteenth Doctor: Volume 0 – The Many Lives of Doctor Who

As The Doctor regenerates in her thirteenth incarnation, she remembers incidents from all of her past lives. It’s a fitting prelude to the on-going comic book series featuring the New Doctor. The baton has been passed and she is going to run with it for all it’s worth.

The Thirteenth Doctor as played by Jodie Whittaker jumps into a new on-going series and it’s a great read for fans new and old. The plot revolves around an alien who captures a pair of time-traveling scientists and has them stealing objects for him. When one of their vortex manipulators malfunctions, it brings them face-to-face with The Doctor and her new companions.

When the TARDIS lands in Guelder in the early 1500s, the Doctor is surprised to see that her friends seem to know why this was an important time in history. They start reciting some facts from the Guelder War that they learned from a podcast entitled “H3: Hidden Human History.” When they come face-to-face with Stilean Flesh Eaters, something not mentioned in the podcast, they see how it all connects to the facts they were told.

It seems that the TARDIS might be a fan of the show too, because the next place it takes them to is “Cary’s Rebellion,” another subject covered in the podcast.

This graphic novel played out like a series of the television show. I liked how things were connected to a podcast. It’s gets a bit timey whimey too, a nod to the 10th Doctor’s adventures. And here’s a nod to Peter Capaldi’s run on Doctor Who. 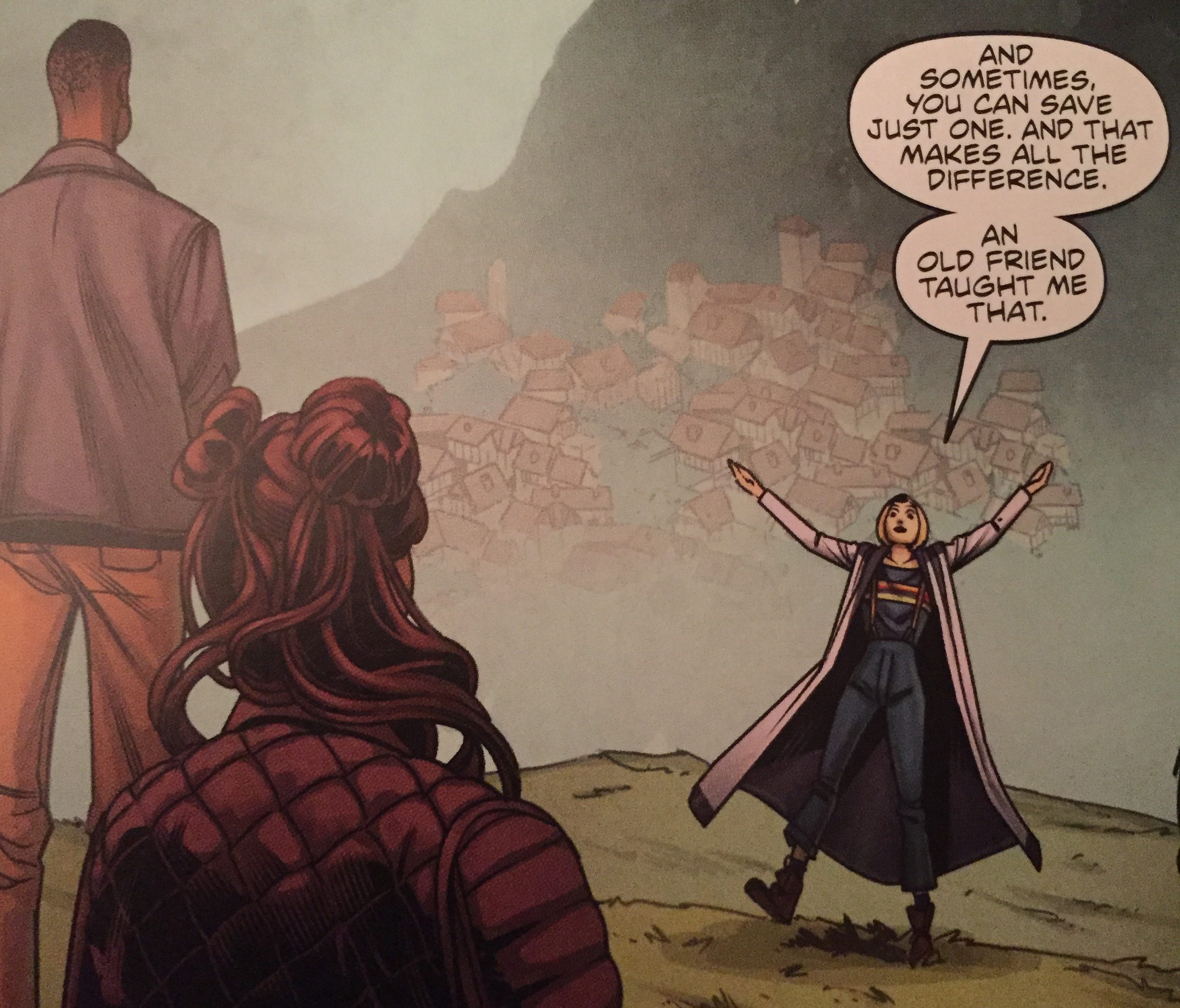 I love Doctor Who comics, when done well, it feels like a continuation of what you see on the small screen. With a little imagination, you can hear the characters speaking in the actor’s voices. It’s brilliant! I’m looking forward to reading more of this series.