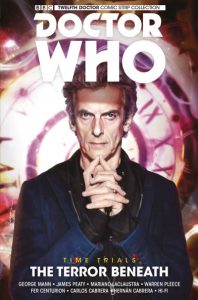 Doctor Who – Time Trials / The Terror Beneath

I found this at the library and thought it would be great to read, especially because it was labelled “Volume 1” on the spine. Unfortunately, this is not the first chapter of the on-going series for the Twelfth Doctor. It is the first volume of the third year of his comics adventures. That being said, it was still a good read and you can catch up fairly quickly.

There’s a great joke in here too about the monsters in this book. The Doctor tries to explain their appearance and says, “that’s why everything looks like a BBC TV program from the 1960s.” 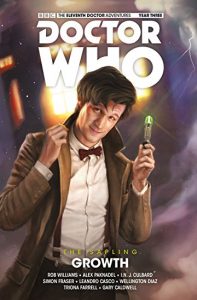 Doctor Who – The Sapling / Growth

I love when comics can take a concept that would be nearly impossible to bring to life on TV and make it real and epic. This story did just that. There are multiple timeline versions of the same character and it is hilarious to see them all interacting with each other. There is also a Groot-like character who himself is a living tree. This was a great romp through space and time. 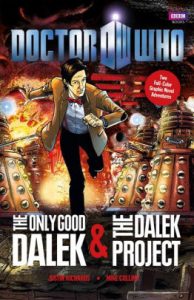 Doctor Who – The Only Good Dalek / The Dalek Project

This story felt like it has been done before in Doctor Who lore. Even the title sounds vaguely familiar. It was nice to see Amy Pond again though. And the Daleks are one of the iconic bad guys of the series. It wasn’t my favourite DW comic story, but it’s still nice for die-hard fans.

My List of 2018 Reads – still catching up. Stuff I read this year will be blogged about soon.

Doctor Who Comics Continue the Adventure