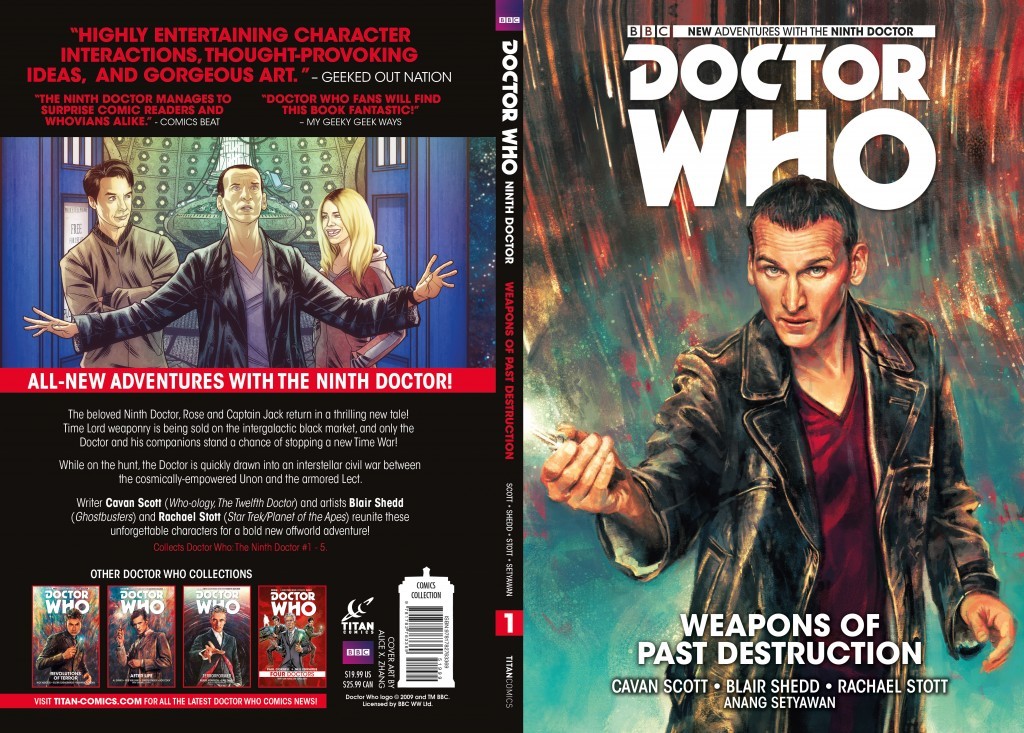 Doctor Who – Weapons of Past Destruction

I miss the 9th Doctor. This book reminded me of why I used to love seeing Chris Eccleston in the role of the title character. The artwork is amazing and Cavan Scott has penned a tale that feels like a Series One episode. I could hear Chris’s voice coming off of the page. I laughed out loud at few times and reveled in the total experience.

I like that the book tells a story that we wouldn’t have seen in the television show. The special effects are larger than life and would have been quite expensive to produce on film. This is where graphic novels have immense power. The universe is wide-open, as it were. It’s a huge canvas that the creative team of Scott, Blair Shedd, Rachael Stott, and Anang Setyawan utilize brilliantly. I highly recommend reading this. I want to find more of this series and keep experiencing more adventures with the Ninth Doctor. 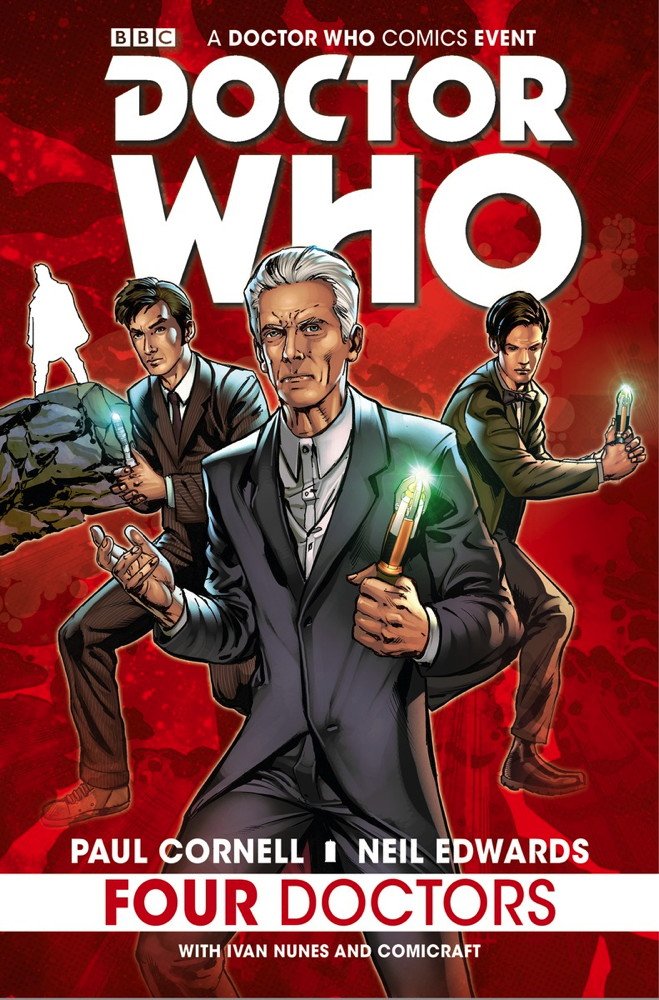 Four Doctors, and one of them isn’t the 9th Doctor. We don’t actually find out who this surprise Doctor actually is until late in the book, so I won’t spoil it for you here.

It was nice that the 50th Anniversary television special featured the current Doctor, Peter Capaldi in the final scenes (even if only for a moment). Here, we get to see him interact with the 10th Doctor, David Tennant, and the 11th Doctor, Matt Smith.

This book doesn’t evoke the same feelings I had when watching that television event, however. The story seems a little bit forced and it doesn’t come to life in the same way the book above does. 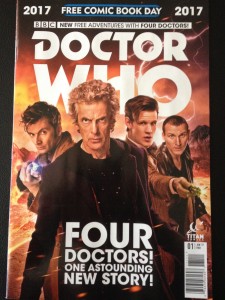 Many of the free comics you are able to get on Free Comic Book Day are simply teasers for books yet to be released. Either that, or they give you a snippet of a story so you will have to buy an additional book to continue reading it. This book has a complete story and it features four incarnations of the Doctor. It’s an even better story than the one above. I thoroughly enjoyed it. The only problem with it is that the Doctors don’t interact with each other. It’s one story that takes place over four lifetimes, as it were. 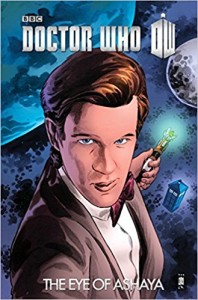 Doctor Who – The Eye of Ashaya

This was a fun book that brings back a few characters from the 10th Doctor’s era. It was really nice to see Christina De Souza again. 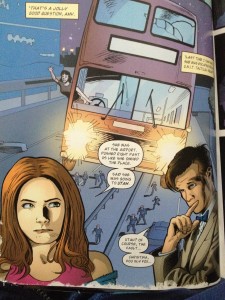 And this book reminded me how much I miss Amy and Rory too.

It was also cool to see a character who was introduced during David Tennant’s run as the Doctor getting the chance to meet Matt Smith’s incarnation.

All in all, it was a nice trip through Space and Time this week as I read brand new Doctor Who adventures.