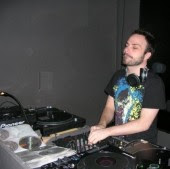 Chase: “We’re here on the red carpet at the Queen Elizabeth Theatre for the 2011 Stylus Awards. We’re talking to Dirty Dale and JoJo Flores. Congratulations on your nominations this year.”

Dirty Dale: “Thanks. We’re up for House DJ of the Year.”

Chase: “How long have you been deejaying?”

Chase: “What kind of gear do you use?” Dirty Dale: “I usually use Pioneer.”

Chase: “How important is this award show to you guys?”

JoJo Flores: “Very important. It gives exposure to the music we play. It brings new awareness.”

Dirty Dale: “There’s an awareness that house music is a predominant dance music in clubs. Whereas, this award show definitely promotes more hip-hop and the urban side of music. It’s great that we’re getting recognition for something that we’ve been doing just as long.”

Chase: “Yeah. It’s nice that it focuses on the art of deejaying too because a lot of people think, ‘Ah, they’re just playing music.’ But there’s a lot more to it than that.”

Dirty Dale: ‘Definitely. You can give someone the same tracks and it might not come out the same. That’s deejaying for you. No matter what equipment you have or how good the gear is, you definitely have to have your approach to the way that you present your music.”

Chase: “It’s also good to see that it’s getting more shine now too. DJs are starting to become artists in their own right. They are becoming more well known now instead of just the guy that plays at the club.”

JoJo Flores: “That’s the way we communicate now. If it’s hot here, it can be hot somewhere else right away. You don’t have to wait months from now.”

Dirty Dale: “In South Africa, the music we play is their commercial music. You go into the supermarket and they’re playing house music.”

JoJo Flores: “Different markets, they promote different types of music. And fortunately for us, we get recognized in our own city.”

Chase: “That’s awesome! Well, best of luck tonight and thanks for talking with DOPEfm.“