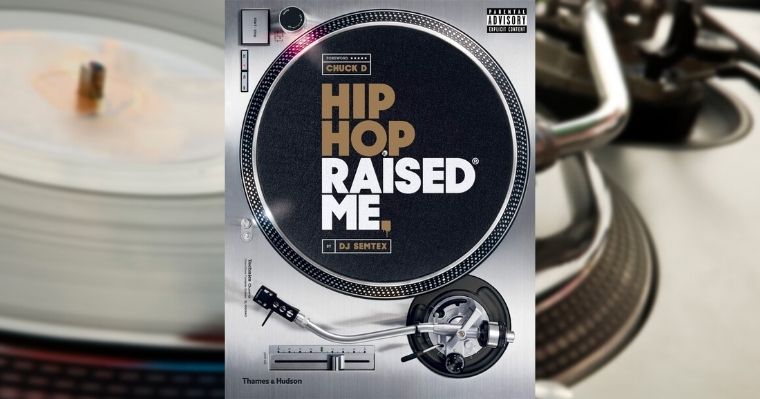 This is a beautiful book that celebrates the history of Hip Hop music and culture. It’s heavy. Literally. It’s bigger than some of the textbooks I had to cart around back in my school days.

I know that Hip Hop raised me. It helped me to understand a lot about the world. It helped me find my voice. And it has given me so much over the years.

“When you feel alienated, like you haven’t got a voice, hip hop is a place you can escape to and reinvent who you are – with rapping, deejaying, graffiti, emceeing, B-boying – then return to the real world and redress the balance. You can be in the ghetto or a middle-class neighbourhood, anywhere in the world. It doesn’t matter who you are or where you’re from, as long as you respect culture, learn your craft and pay your dues.”

While Kool Herc is often credited as being the first Hip Hop DJ, there were some people around before him who helped set the stage for what this culture would become. And this history happened decades earlier.

Semtex writes, “Brits such as Ron Diggins were the first to use dual turntables in the late 1940s.” That is pretty amazing. Beatmatching didn’t happen for quite a number of years after that. Even this predated Hip Hop.

Semtex even tackles the best year in Hip Hop debate and makes a strong case for why it might be 1988.

“The year 1988 was one of the greatest in hip-hop history, it saw the birth of new styles and new artists, along with returning artists and defining moments. In an era of no internet of social networks, several new platforms played a pivotal role in taking hip hop to a wider international audience. The first edition of the UK-based monthly magazine Hip Hop Connection appeared in July 1988. Described by Public Enemy’s Chuck D as ‘the best magazine in the world’ it provided a bridge between the developing hip-hop scenes in the USA and the UK. In August MTV launched Yo! MTV Raps, a show dedicated to hip-hop culture and featuring videos, interviews, and exclusive liver performances. In the same month, Jonathan Shecter and David Mays started the newsletter dedicated to documenting hip hop that eventually transformed into the essential full-colour magazine The Source.”

Run-DMC and Beastie Boys helped open the floodgates for Hip Hop’s popularity, but these new platforms that emerged in 1988 truly were game changers. They aren’t as relevant in the age of social media, but without them our lives would have been a lot different. They mattered and it is important to give them their props too.

Overall, this was a great book with beautiful photos, cover art, timelines, commentary, history, and more. It’s worth a read just hit the gym first so you will be able to lift it up. It’s heavy!

Moo, a Flute, and a Moo-ve to Maine