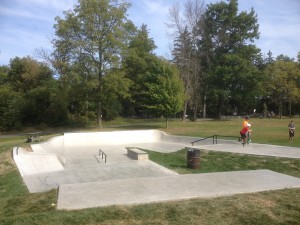 The Delaware Lions Club has been working hard to bring a skatepark to the community for over a year now. This weekend, they officially opening the park. 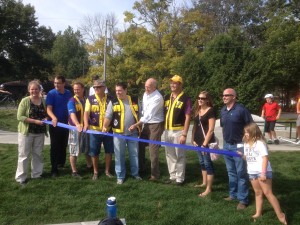 The mayor, members of parliament, the local hockey team, the fire department, and plenty of visitors were on hand to witness the grand opening ceremonies. 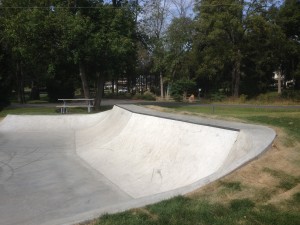 The park is really nice. It has a double quarter-pipe with a small spine between them. 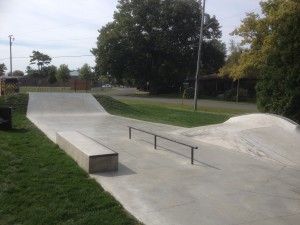 There are two launch ramps. This one has no coping at the top. 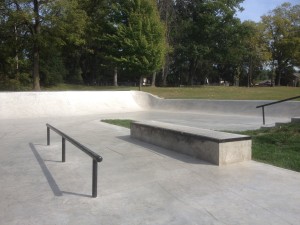 And it leads to a rail and a box to do some grinds on. 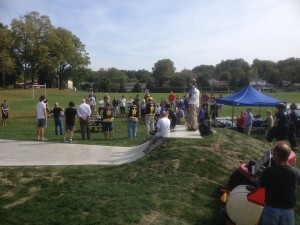 It was a great morning of skating, free food, and community involvement. 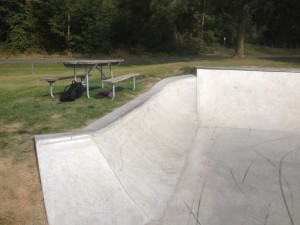 This ledge has pool-styled coping that isn’t found in a lot of skateparks. It’s a unique feature. 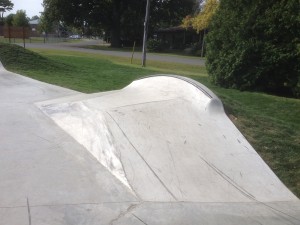 This pyramid is a strange combination. It is close to a China Gap but is filled in with a slight curve in the middle. 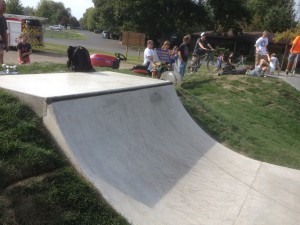 The other launch ramp is a quarter-pipe and leads towards . . . 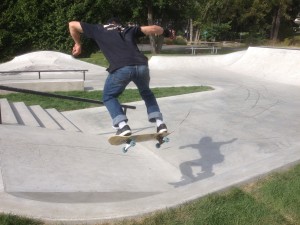 a set of stairs and another down slope. 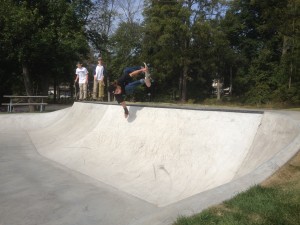 Members of the London Skateboard Co-op team were on hand to perform a variety of tricks at this new park.

Delaware Skatepark is located at Lions Park just across the street from Delaware Central Public School.

Visual Skatepark Tours (over a dozen great places to skate)