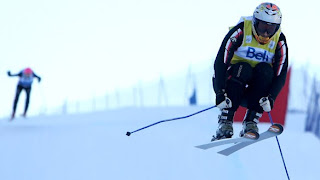 David Duncan was really impressed with the celebration that the city of London threw for our Olympic heroes. He was a guest of honour at the JLC event, which saw hundreds of people cheering and supporting our local athletes.
Duncan summed up the whole event perfectly, “Too often we don’t stop and reflect. Myself as an athlete, this gives me time to reflect as well as what’s gone on in the past year but the also the community in general. So they know the unsung heroes that are out there. They put in the work every day but don’t really get seen. These kind of celebrations are great. It showcases the people that made it to the top, but there are thousands of us in London that are trying to make it to the top. Hopefully, people will give that some thought as well and come out and support their local athletes”
I was impressed that he took the time to talk with his fans after the event and sign autographs. Natalie Lovie of AM 980 and I had the chance to talk with him for the radio. You can hear my coverage of the interview and download the podcast for free here or stream it with the player below.
I’ve never been to a ski cross event live but I do enjoy watching them on television. One thing that always stood out about it was the sheer noise. It sounds likes a fighter jet when the skiers are racing down the slope. I asked David how loud that actually is in person and he said that he doesn’t even notice it when he’s competing “but during the Olympics, because I was injured, I had a chance to commentate it. And I’ll tell you, it was super-loud. Whether it was the athletes screaming by or the crowd banging their feet, it was just a great atmosphere to be around.”
David Duncan unfortunately was not able to compete at the Vancouver 2010 Winter Olympics. He broke his collarbone during training. He admits that the fans helped him get over his injury and strive to get back to the slopes. “It’s great to see the faces and the smiles. It’s hard to stay down when you’ve got kids smiling like that. They just want your autograph and a picture with you. It’s great.”
Duncan encourages us to come out and watch an event live next season. “Next January / February, there is a World Cup up at Blue Mountain. I encourage everyone to come up and cheer us all on. We’ve got a great Canadian team and it’ll be an amazing event.” And just in case you needed another reason to go, he adds, “If you think some of those jumps were big during the Olympics, you should come out and check it out for yourself and stand underneath them. They were huge.”
Blue Mountain is fairly close to us here in Southern Ontario as well. As Duncan said, “I’m sure everyone has done a jaunt or two up there in the summer or the winter.”
Great points. Perhaps next season we should make it a goal to catch a winter sporting event live to cheer on our athletes in person. I love cheering them on from the comfort of my couch but hearing how the crowd really does inspire and drive our athletes to perform even better, I think I’ll make my way to the slopes soon.

George Stroumboulopoulos on the Red Carpet