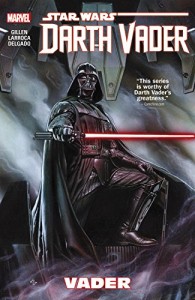 This story takes place right after Star Wars IV: A New Hope and is the start of Darth Vader’s own on-going series.

Darth Vader has been demoted in the wake of the Death Star fiasco. He was the one who ultimately got blamed for the rebellion being able to take it out. The Emperor expects him to atone for this mistake.

Darth Vader isn’t one to simply take this all lying down. however. He starts to build his own army of battle droids. The Emperor gets wind of his plan and sets him up to battle against another hopeful apprentice. Vader must prove his worth to the Empire, but it all leaves a bit of a sour taste in his mouth. 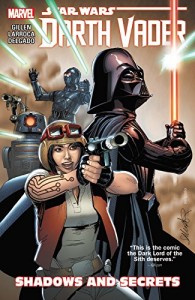 Darth Vader turned to archaeologist and droid expert, Dr. Aphra to help him build his droid army. She proved her allegiance to him and even though he is a little reluctant, Vader accepts her help and they become a team, of sorts.

This was a really great story. I would love to see a film trilogy made that focuses solely on Darth Vader. It would be great to see things from his point of view and in all of his fearsome glory. 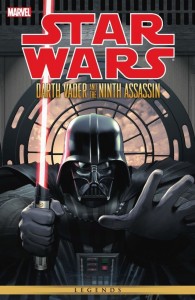 Darth Vader and the Ninth Assassin

Darth Vader had a few mini-series before getting his own title. This one focuses on a father who wants to avenge his son’s death at the hands of Vader. He enlists some very bad men to get the task done. But eight others have failed before. Will this ninth assassin be any different? 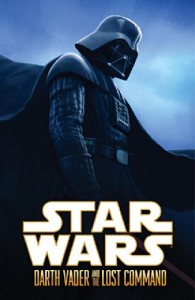 Darth Vader and the Lost Command

Darth Vader is haunted by his past. We are treated to some of the moments that the prequel trilogy didn’t touch on. We see some sweet scenes between Anakin and Padme that really make this graphic novel stand out. 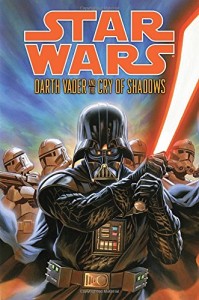 Darth Vader and the Cry of Shadows

I’m not sure why this one was billed as a Darth Vader title. The story focuses on a clone trooper who is abandoned during a battle. He seeks to gain the acceptance of Darth Vader and works hard to prove to him that he is the ultimate warrior. It was a very good read, however.